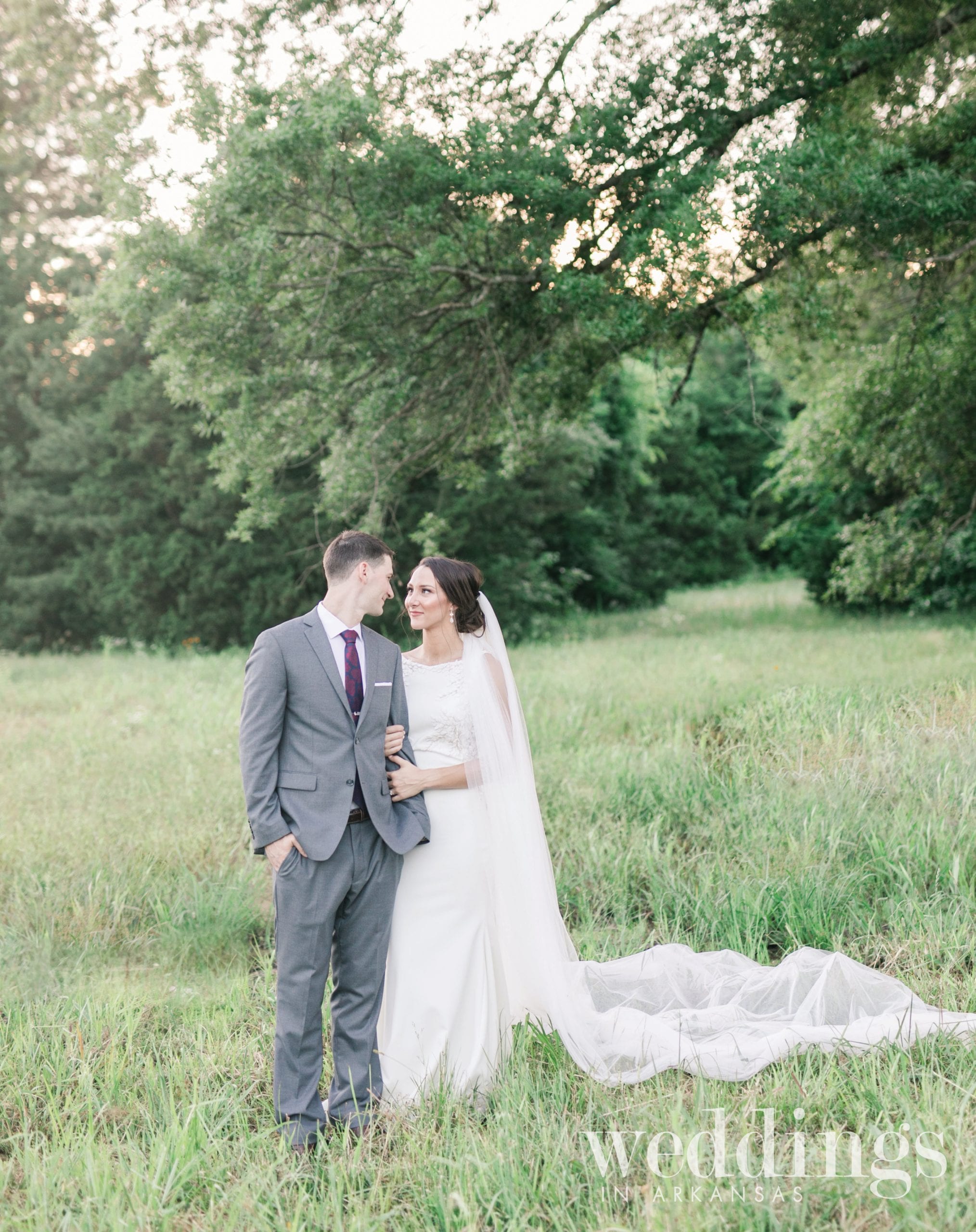 The top of the Eiffel Tower was the setting for Ryan Lofgren’s dreamy proposal to Lakin Snow. The pair were visiting friends who were stationed overseas at the time, and Paris was definitely a highlight of the trip. “It was truly a fairytale proposal that will never be forgotten,” Lakin says. Ryan, who grew up in the military and currently serves in the United States Air Force, was in Little Rock for training when he met Lakin, who is originally from Mountain View, at a local bar. From there, the couple dated four years before he asked her to marry him.

While they were living in Arizona when they became engaged, the pair decided to plan a wedding in Arkansas, where most of their family members live. The day was laden with personal touches that made it unique, including handwritten notes from the couple for each of their 120 guests. Additionally, many of the themes throughout the day alluded to Ryan’s career in the Air Force—there were wooden planes, which were “flown” at the end of the ceremony; a custom leather pilot log served as a guest book; and an airfield-inspired seating chart was designed by the groom. Guests were treated to a sit-down dinner followed by pies and platters of warm cookies and chocolate-covered strawberries delivered later in the evening. The couple made their exit through a sparkler-lit aisle of well-wishers to John Legend’s “A Good Night.” 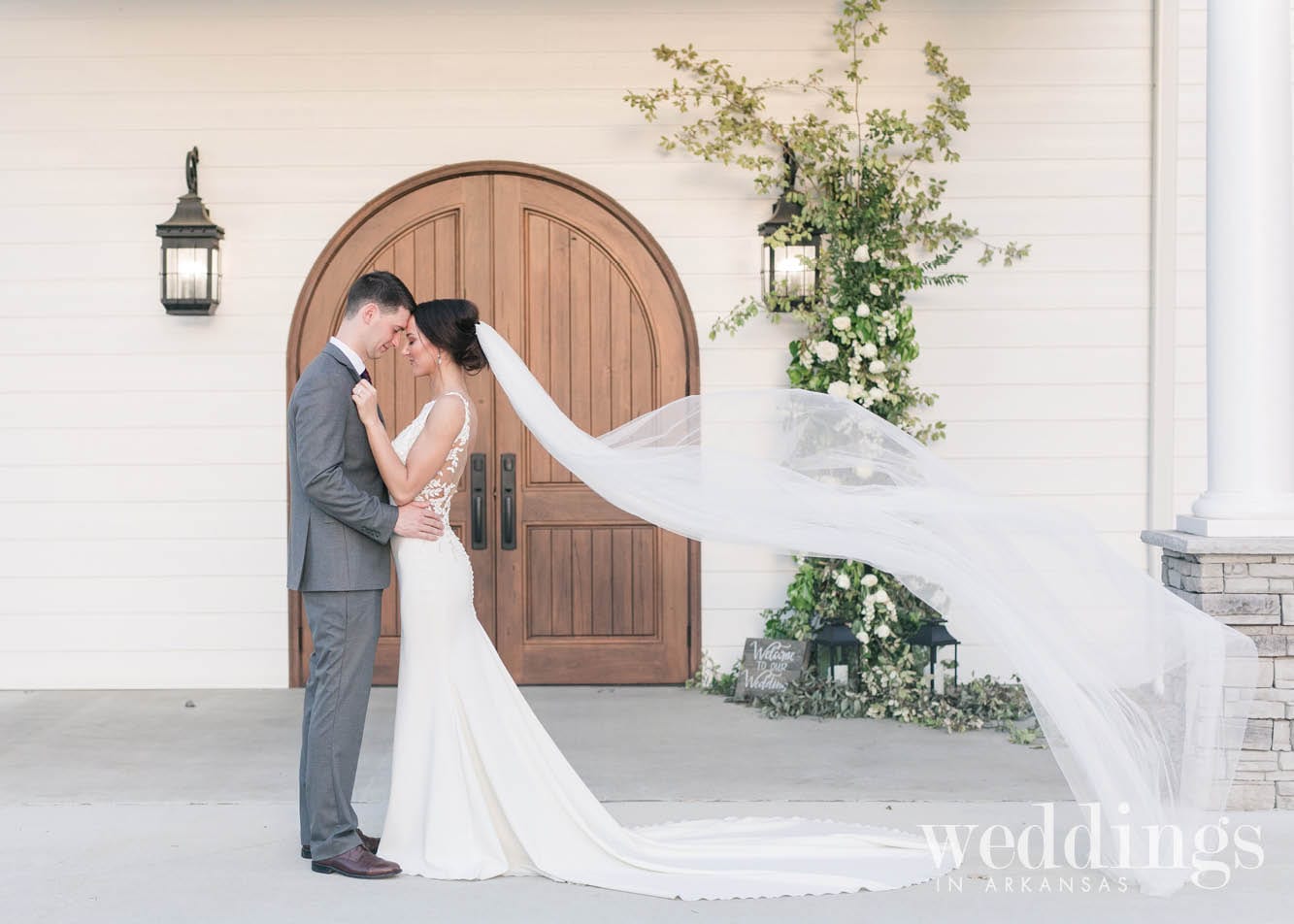 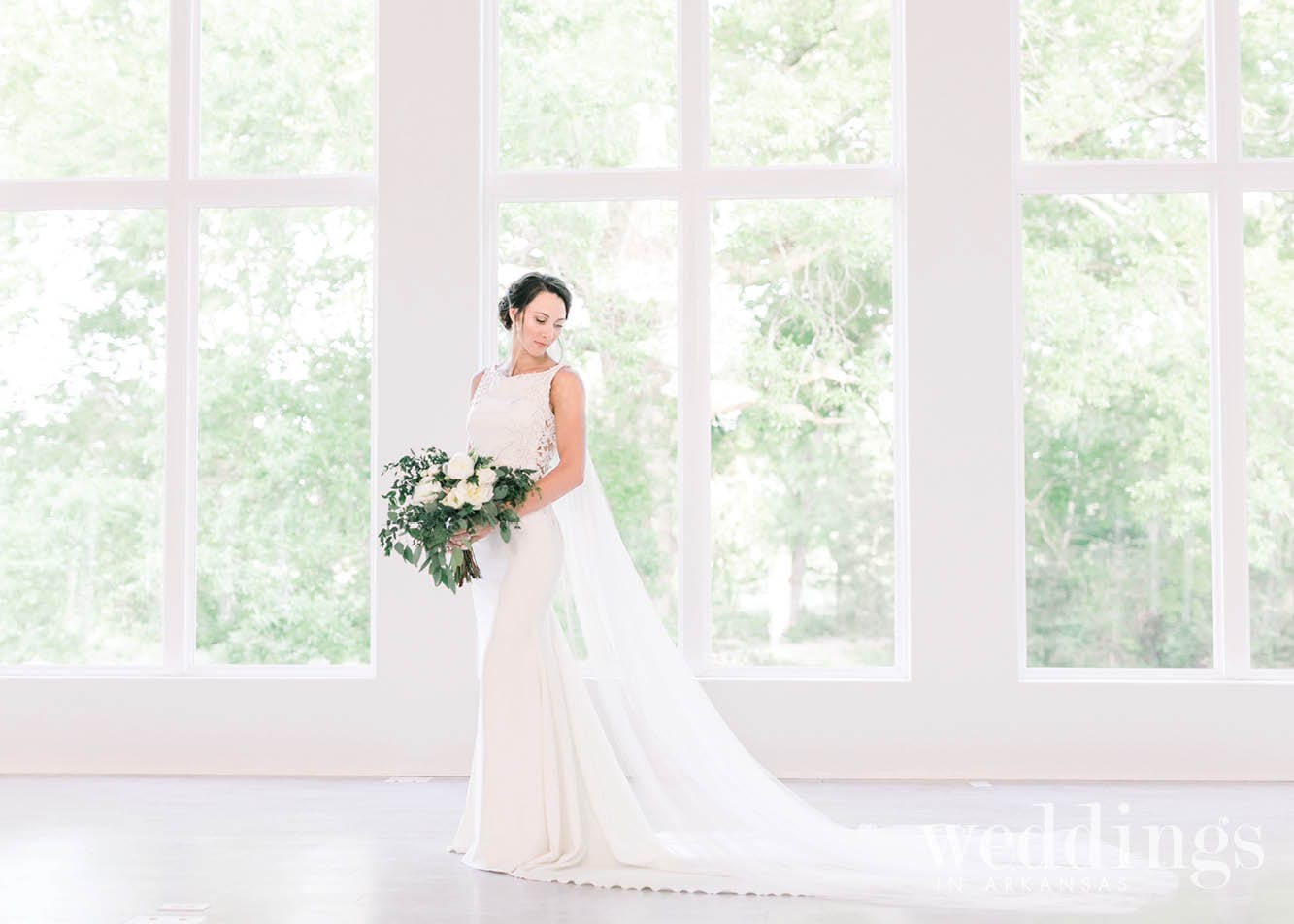 Lakin shopped for months before finding the perfect dress. For this reason, she decided to keep her selection a secret until the day of the wedding. 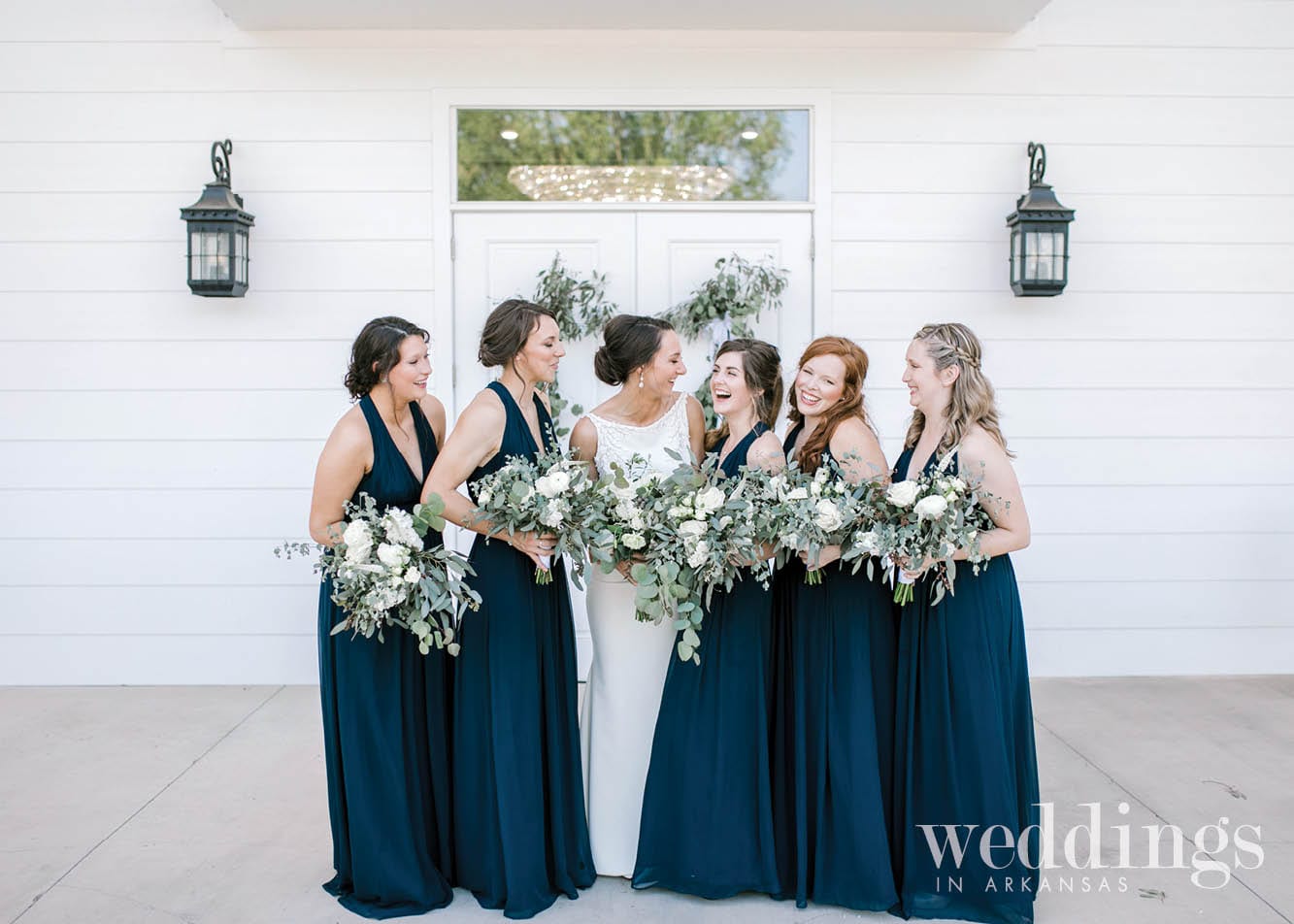 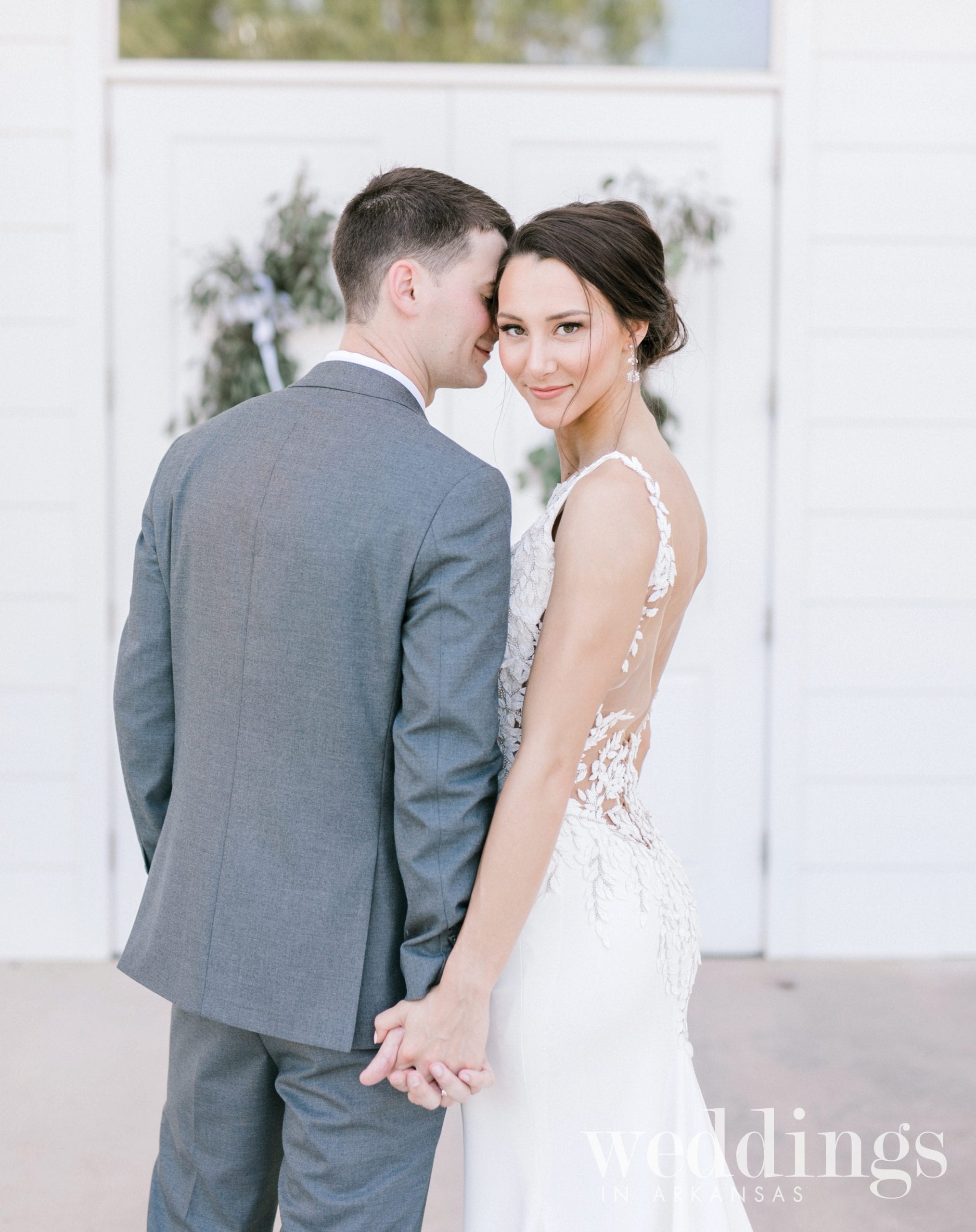 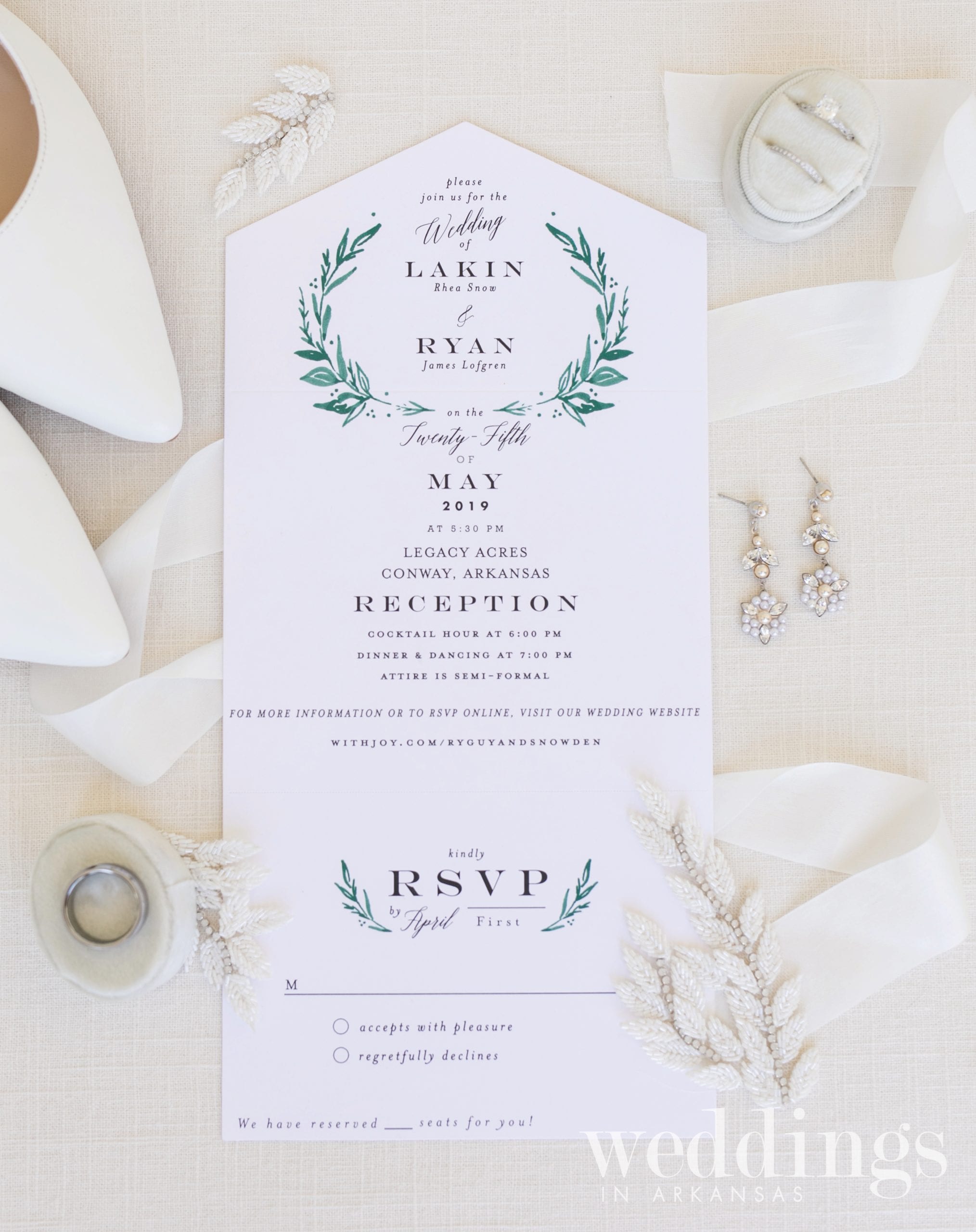 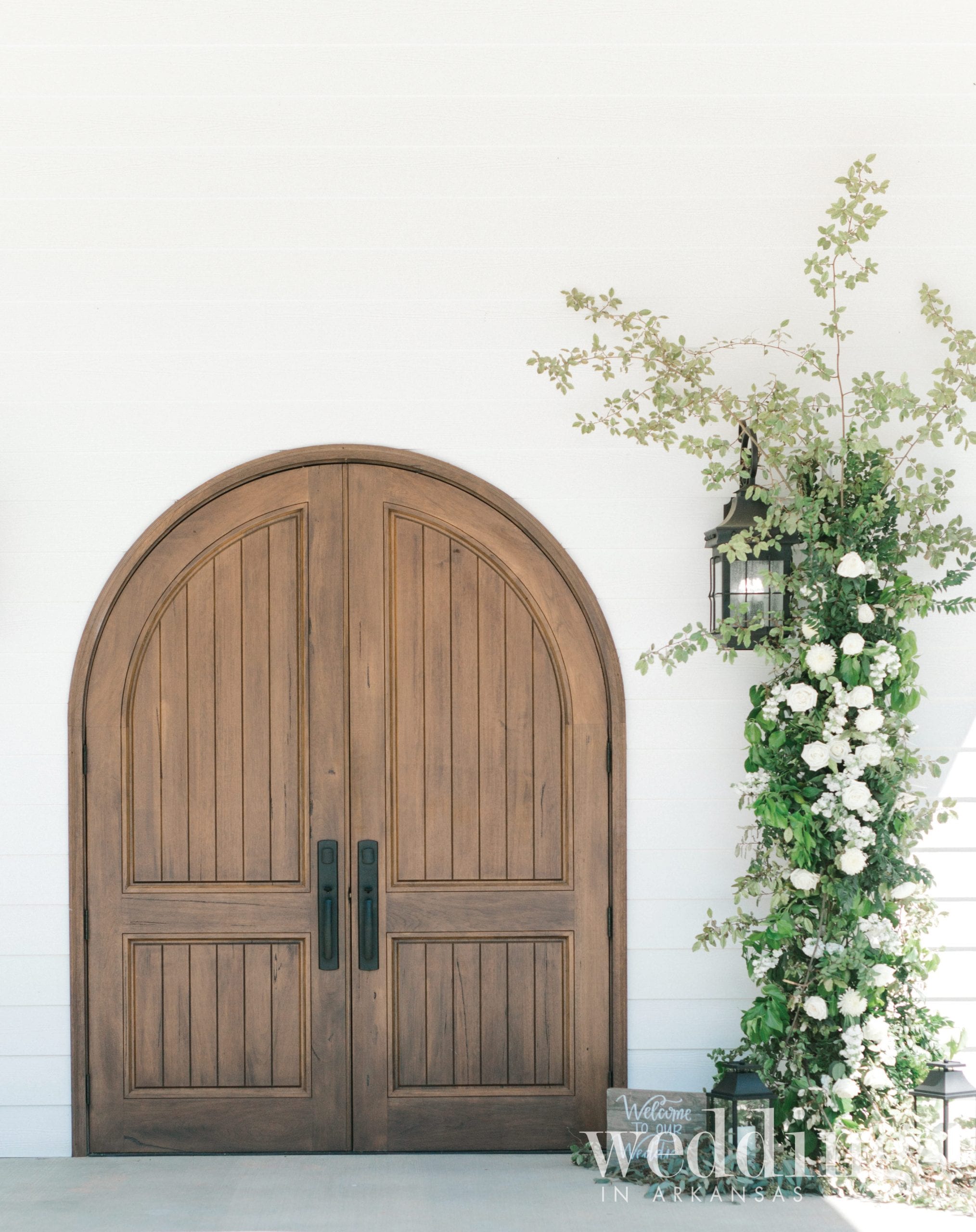 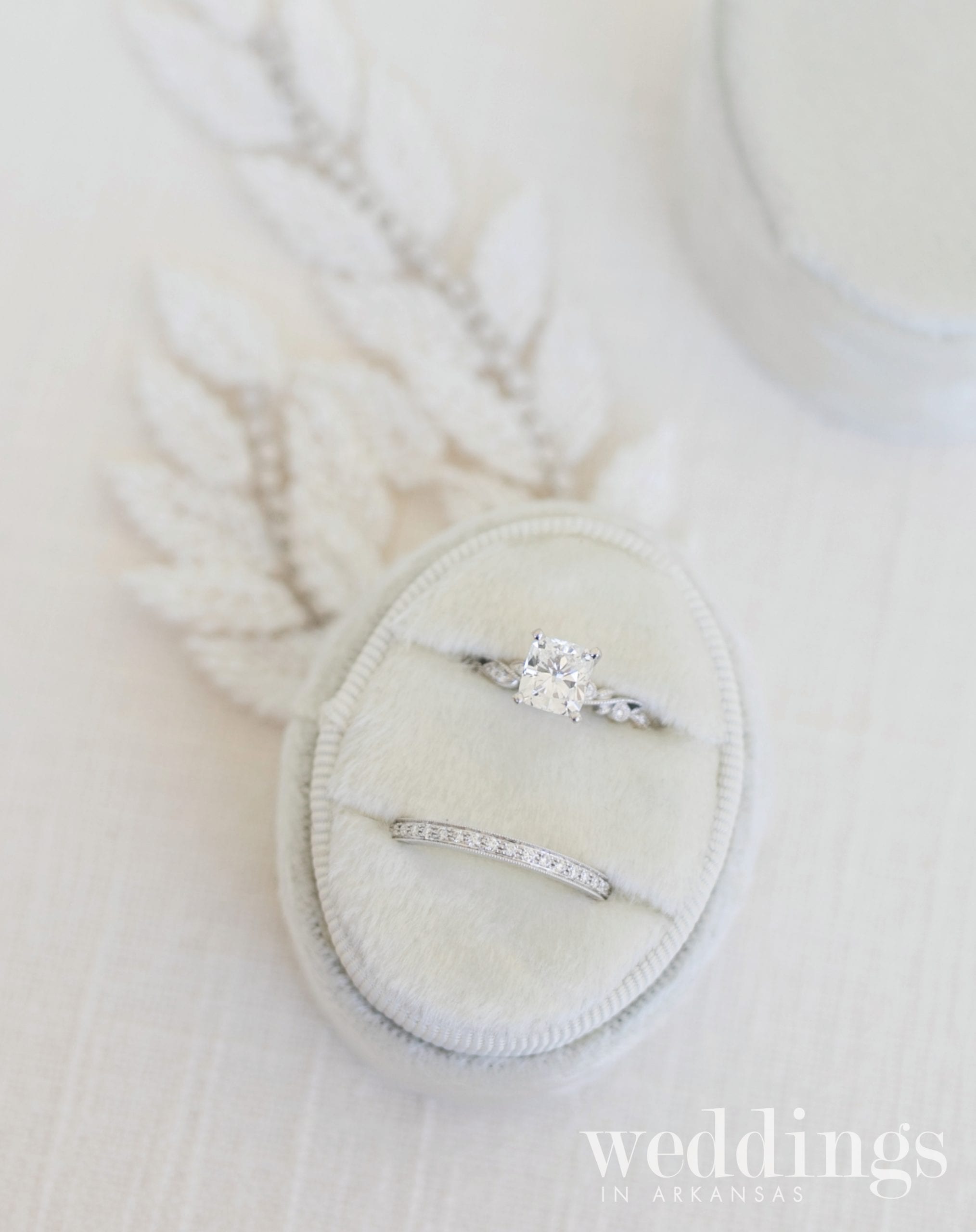 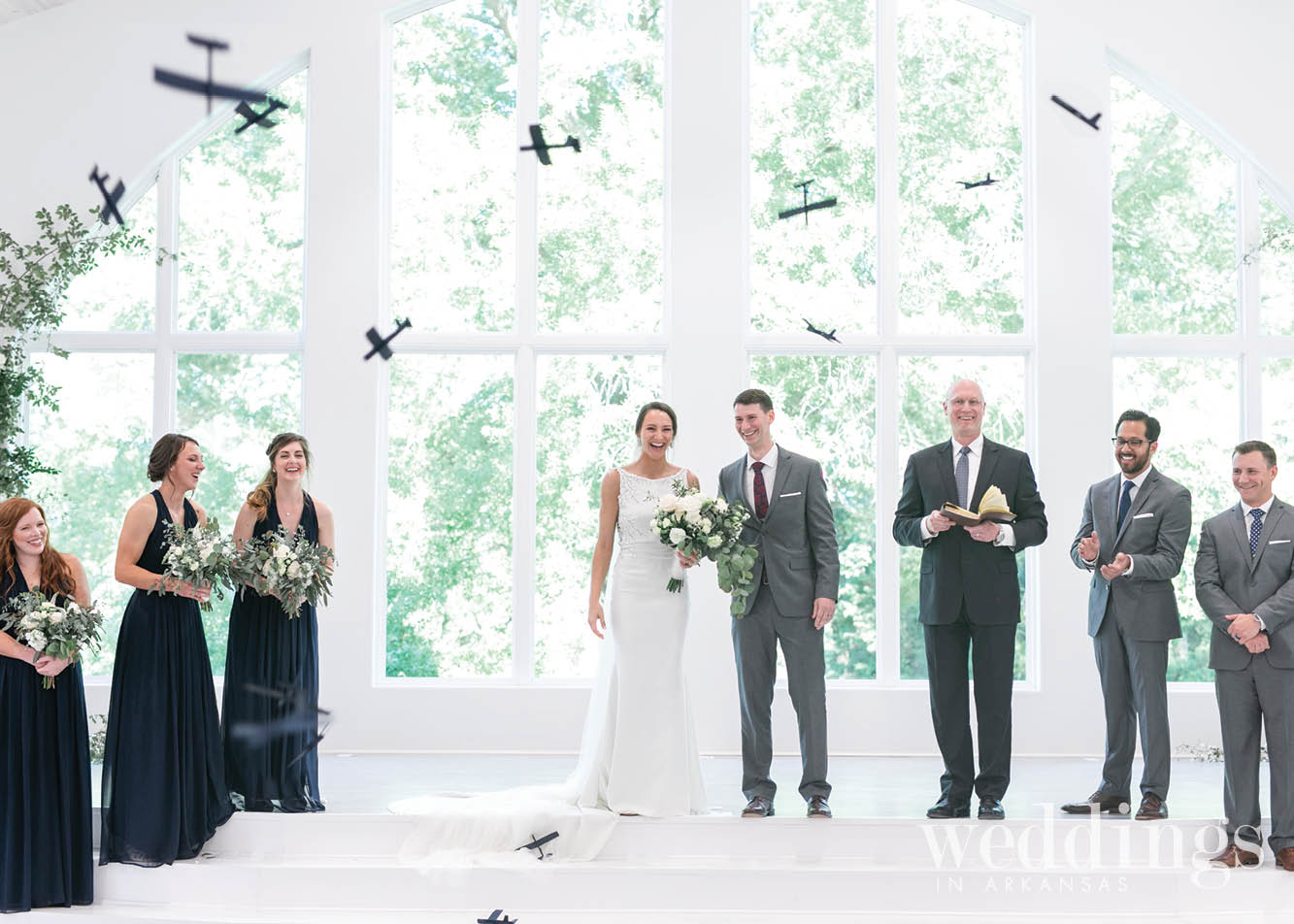 Lakin and Ryan were married by a close family friend who is a United States Air Force pilot and also commissioned Ryan into the Air Force. 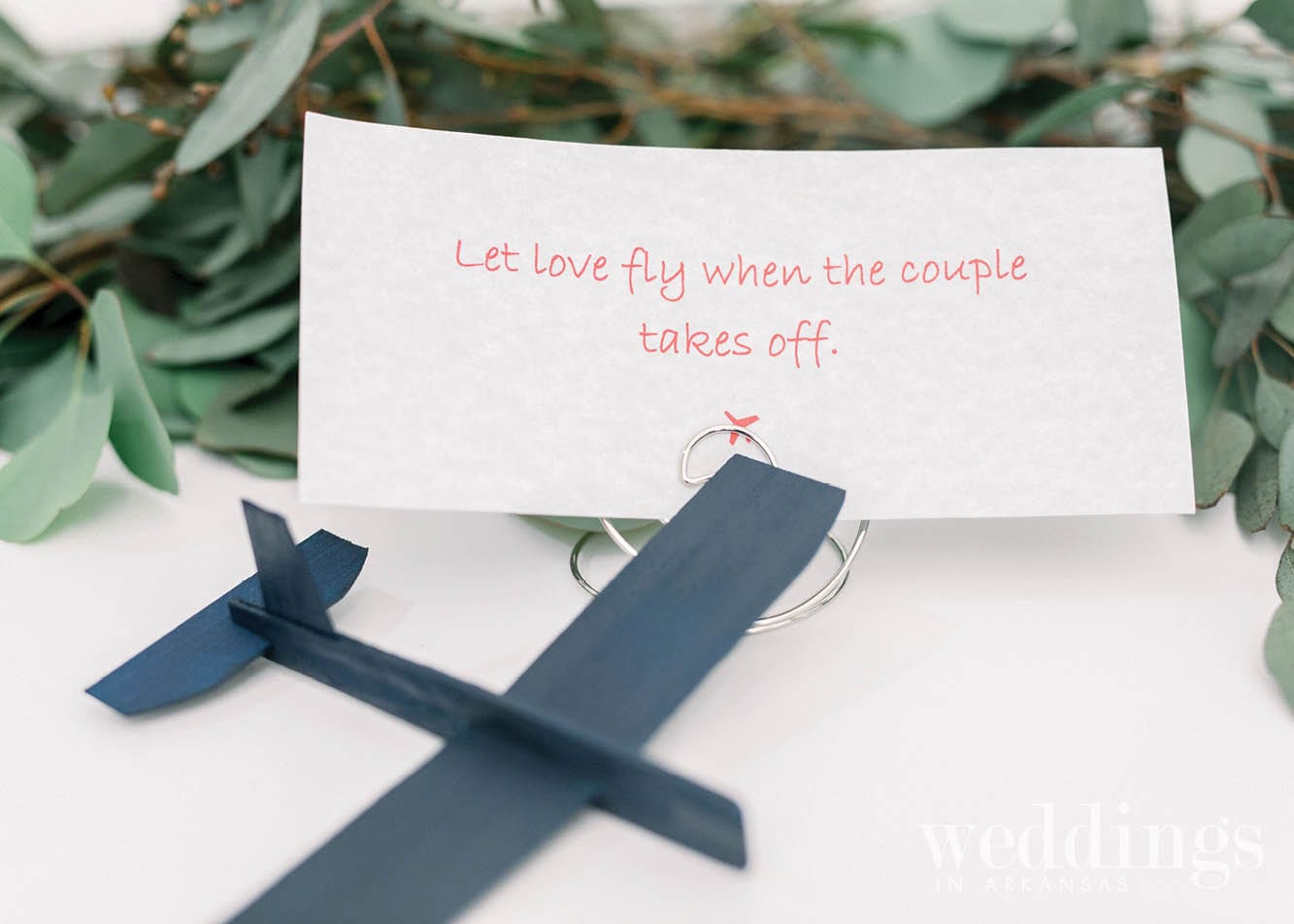 FLYING HIGH
Upon arrival, guests found handpainted wooden airplanes in their seats and were asked to “fly” them into the venue just after the couple were pronounced husband and wife. 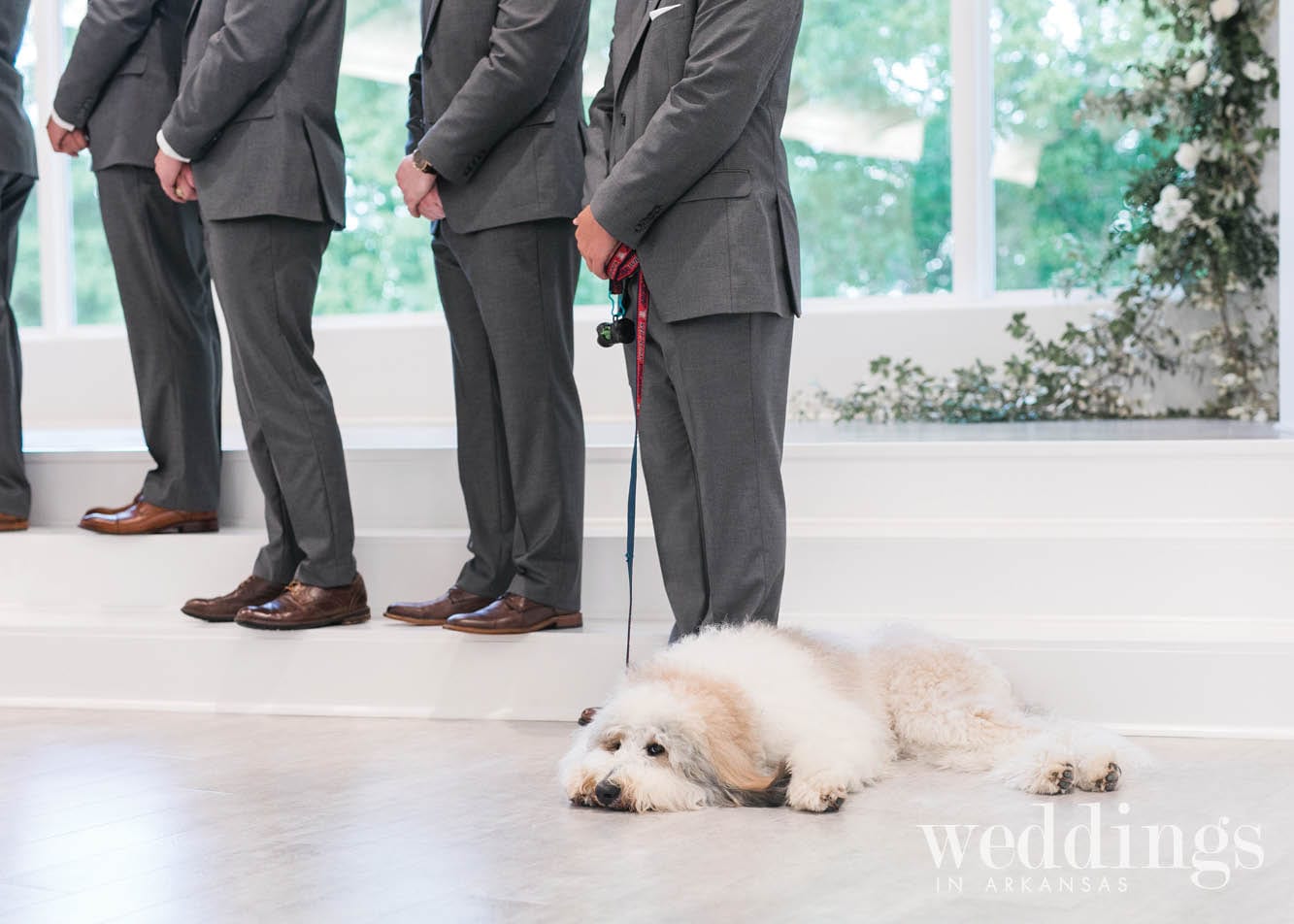 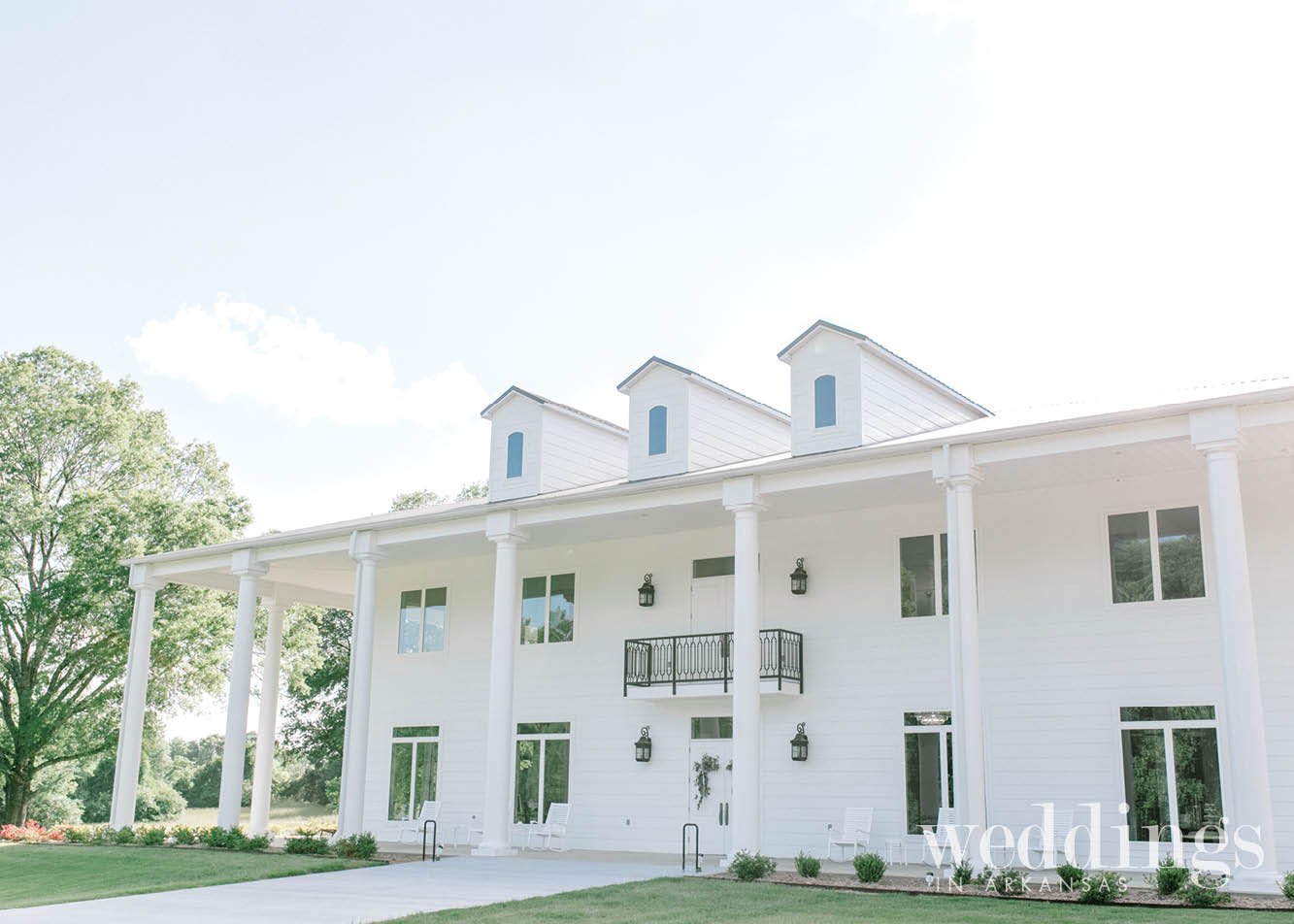 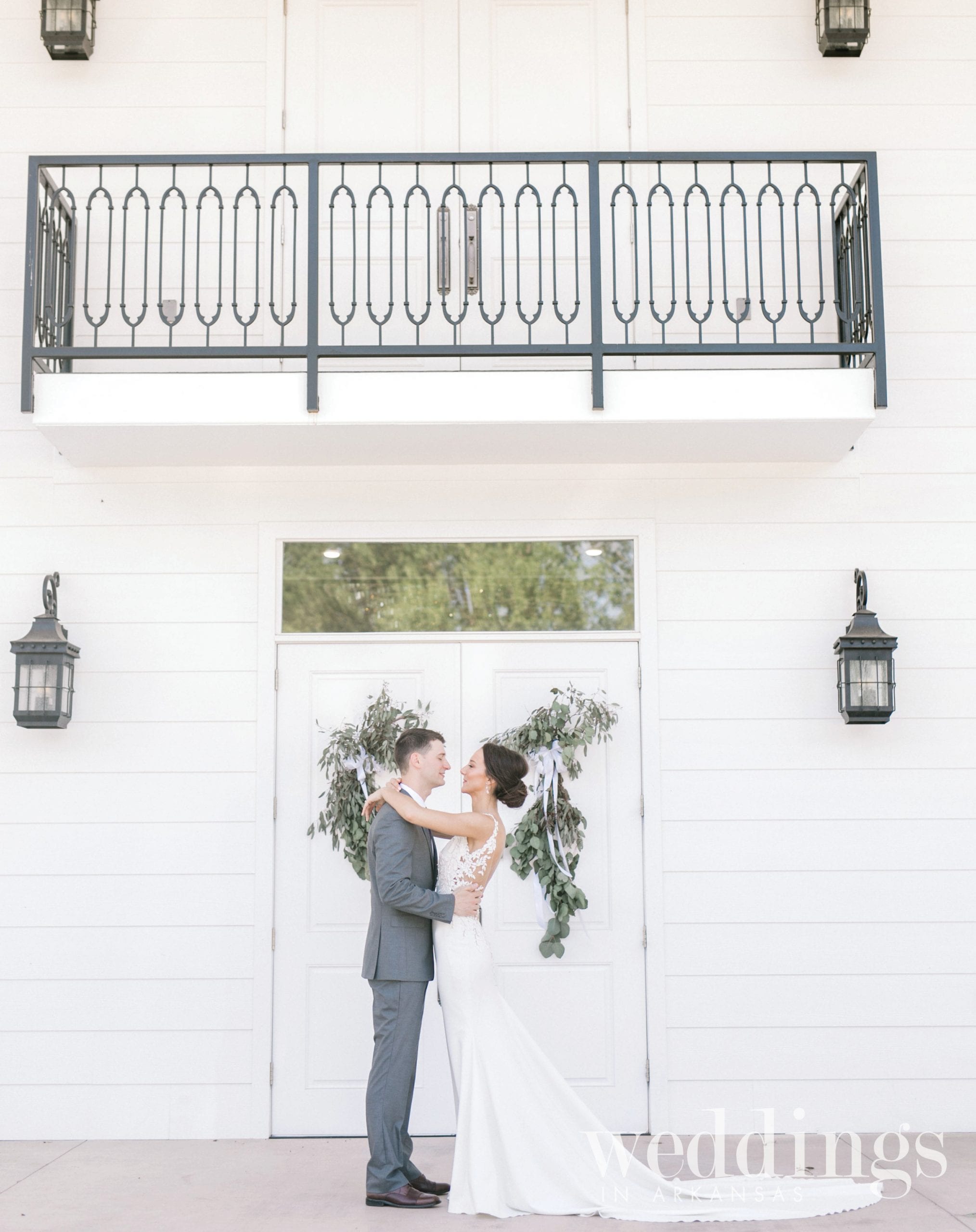 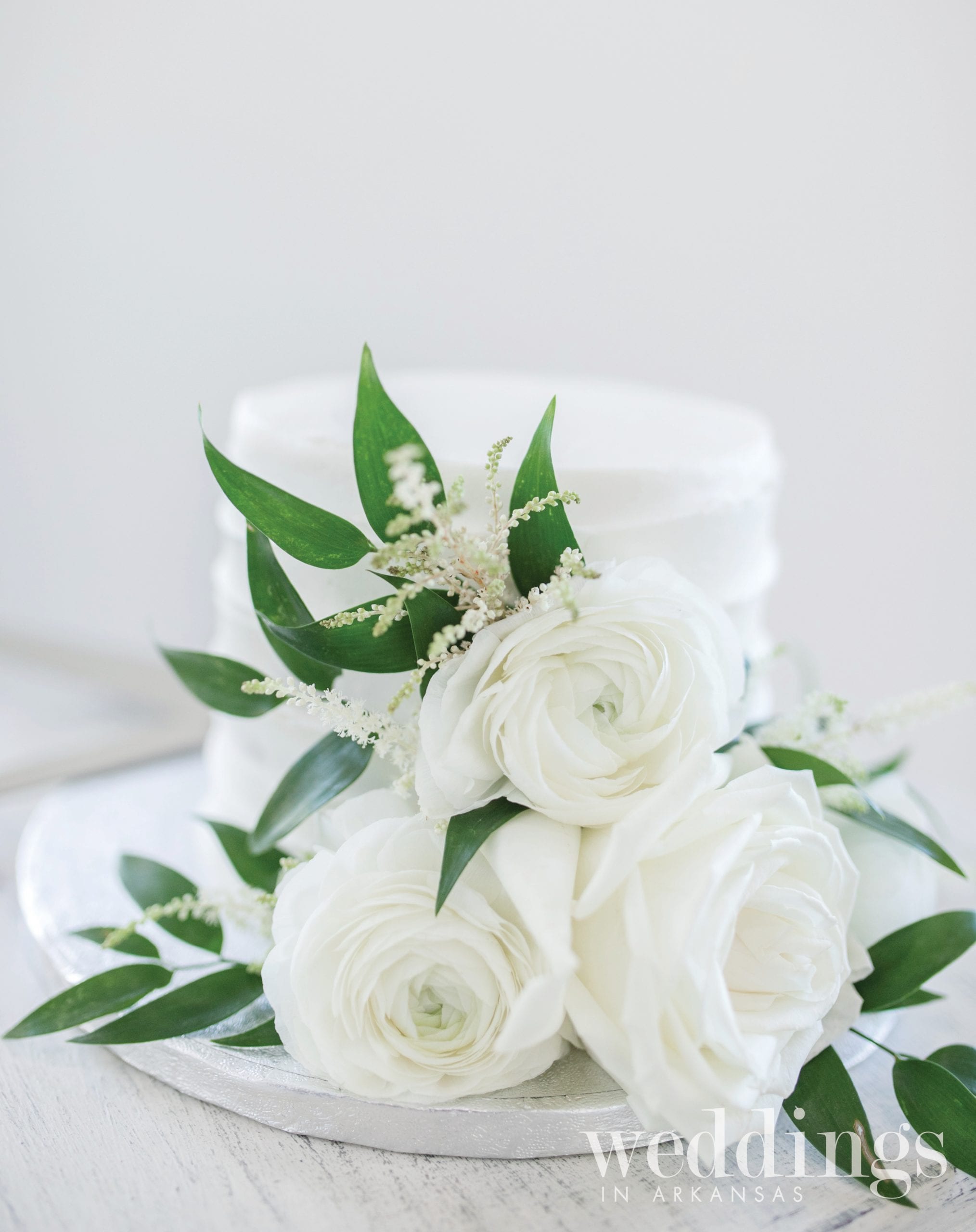 TO THEIR TASTES
Lakin and Ryan went for a cake tasting in the fall and fell in love with a white cake with pumpkin undertones, a seasonal flavor at the bakery. “At first we didn’t even want to taste it but after we did, we had to have it. It took a lot of convincing our family to try a pumpkin cake in summer, but there was no disappointment,” Lakin says. 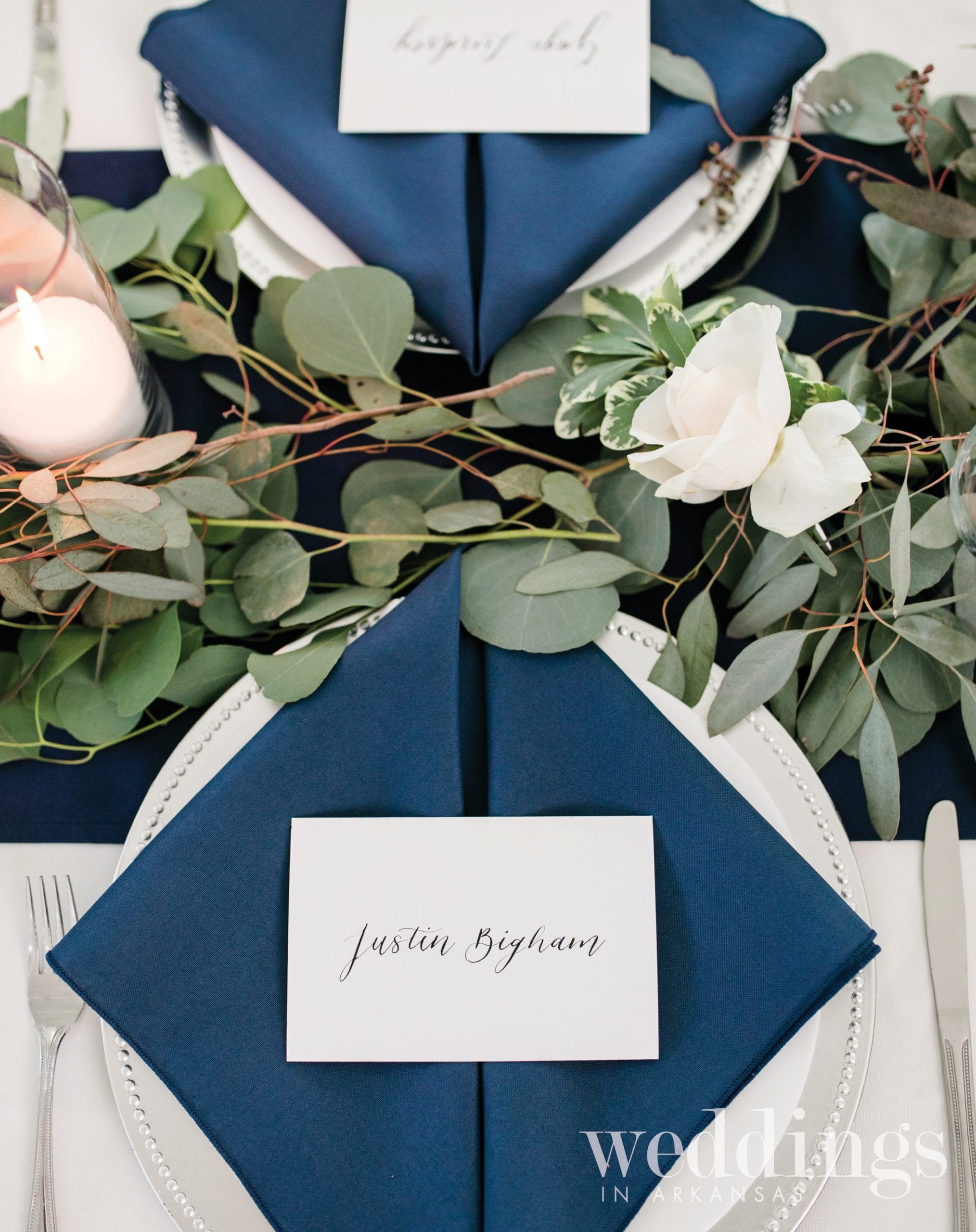 Silver dollar and seeded eucalyptus were paired with ivory roses to create simple, elegant garlands for the tables. 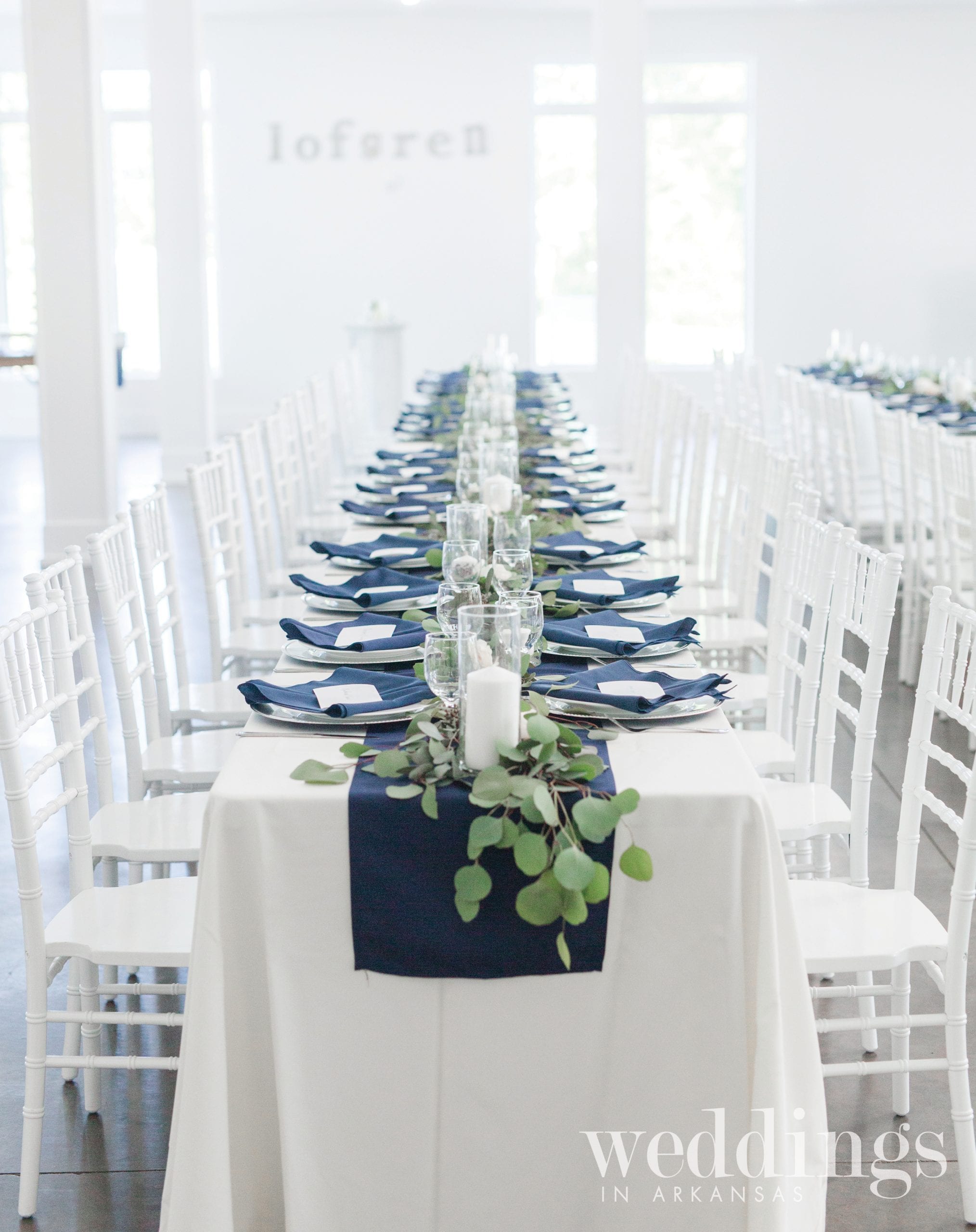 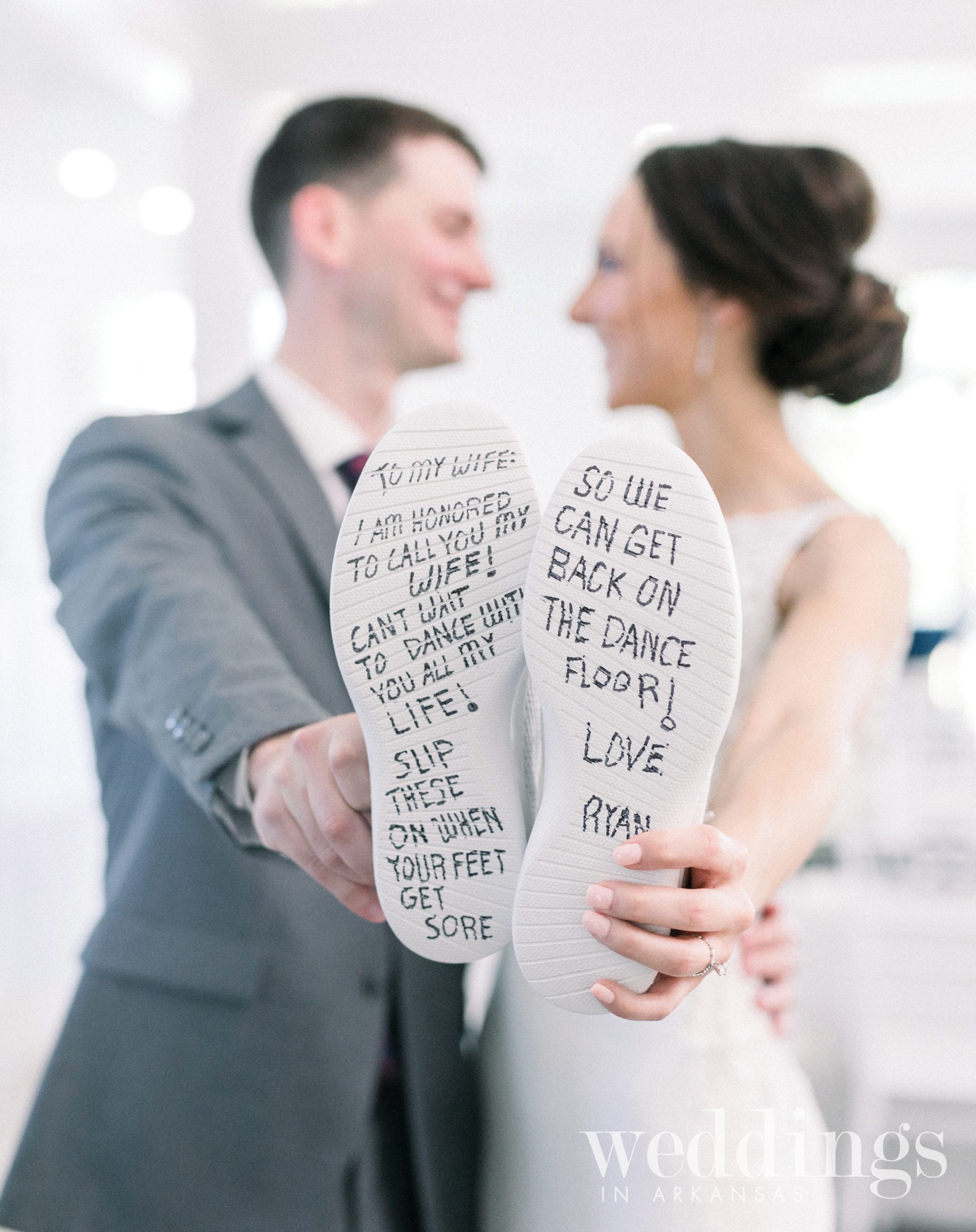