Subscribe Today
You are here: Home / Articles / Into the Wild 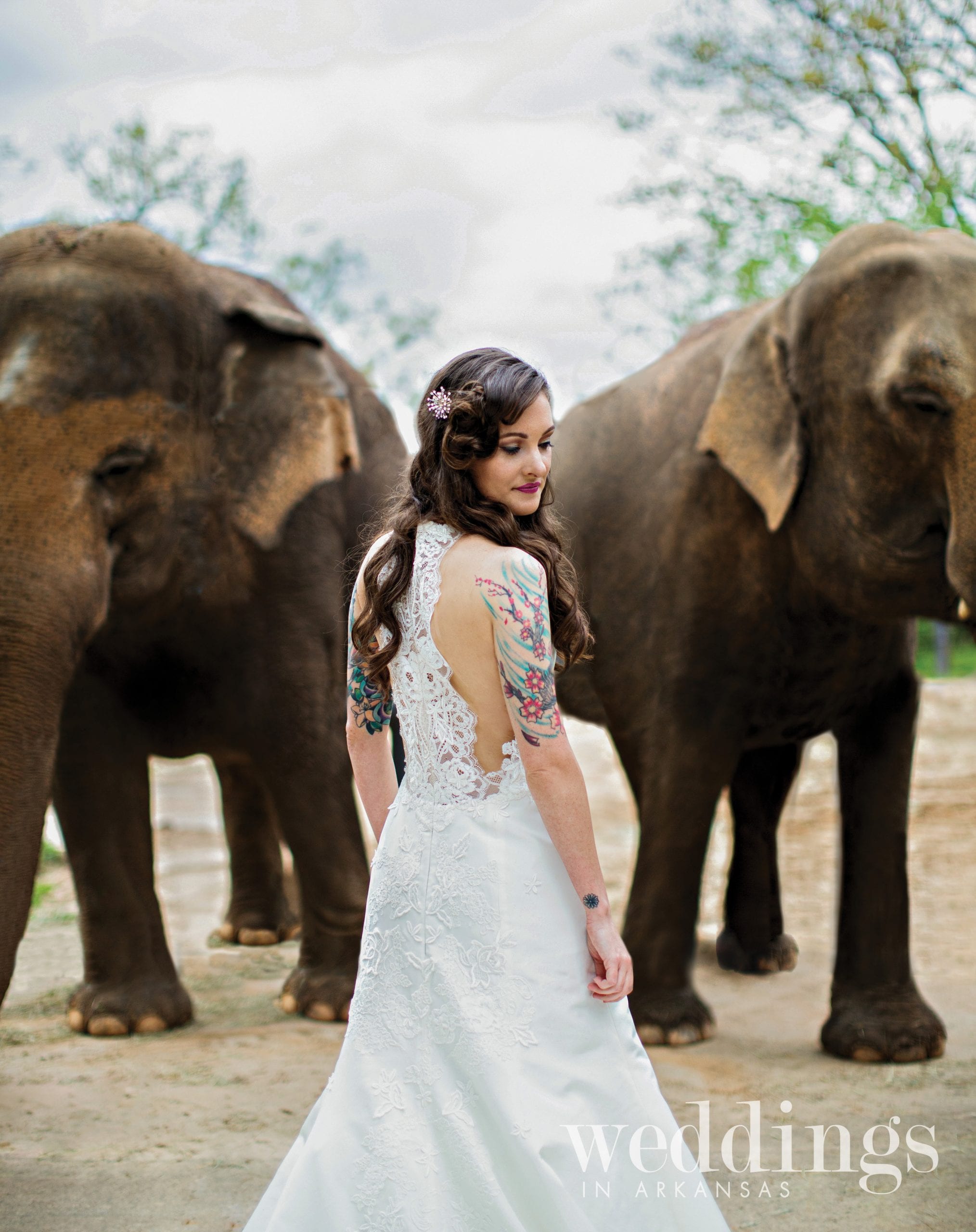 When Anna Dickinson of Perception by Anna started planning this styled shoot, she looked to her own wedding day—an elopement in Africa—for inspiration. “I got married in Zambia at Victoria Falls on the Zambezi River. We were there for two weeks and went on safari, and it was amazing,” she says. “It was the first thing I thought of when I started brainstorming.” 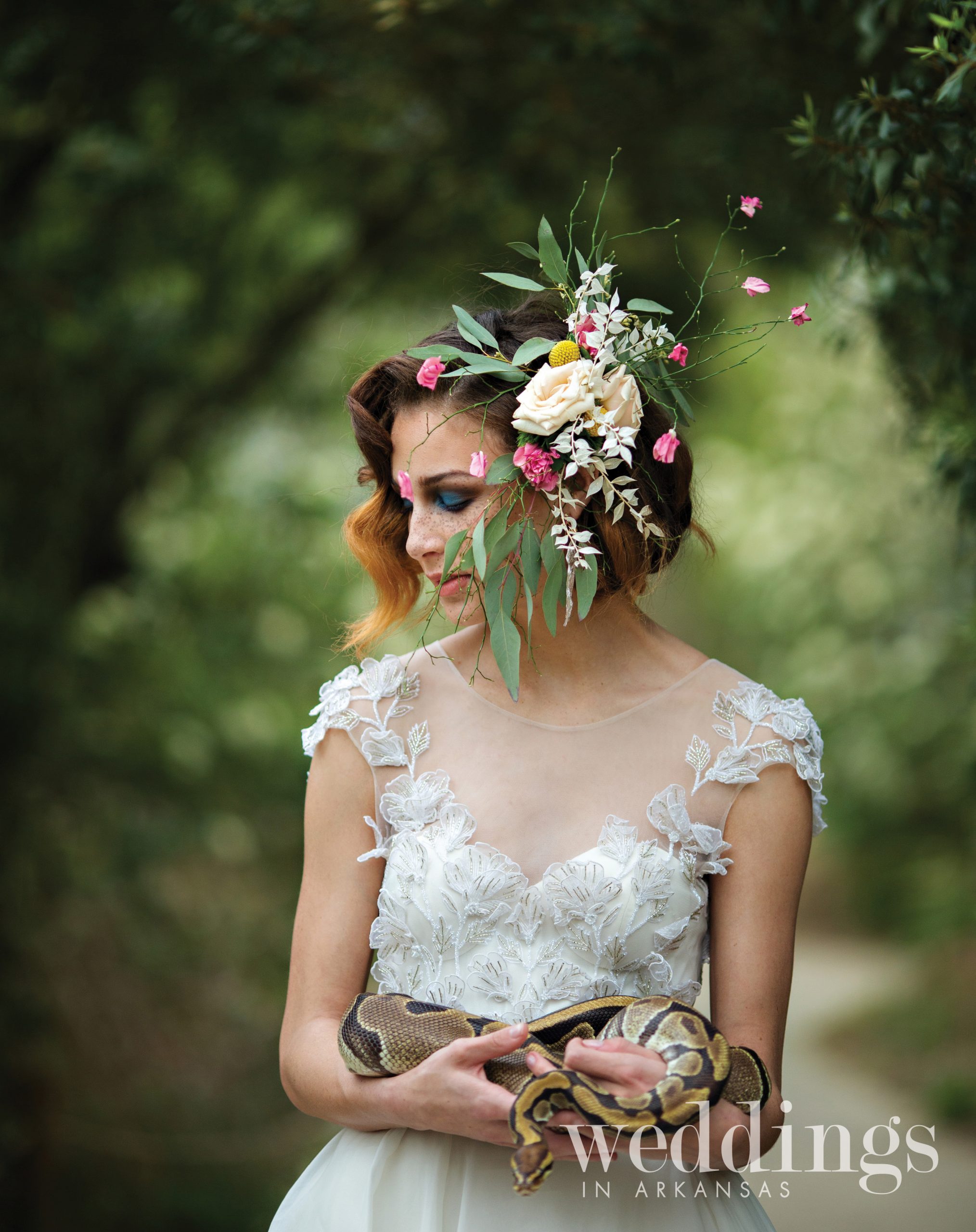 In addition to a faraway place, Anna drew inspiration from a different time period for the gowns, hair, and makeup for the models. “I started to think about the idea of this bride from the 1930s or ’40s, almost like an Out of Africa vibe, and what she would look like if we picked her up out of that time and put her in today’s world.”

To help make this vision a reality, Anna called on a few of her “dream team” wedding vendors, including Tanarah Haynie of Tanarah Luxe Floral and Betsy Manning of Unveiled Bridal Collection. Together, they brought to life three distinct looks for three different models. “Tanarah had the cool idea of doing it at the zoo, and then it all kind of fell into place,” Anna says. “And as soon as I told Betsy about inspiration from the ’30s and ’40s, she took me straight to these dresses. She knew exactly what I was going for.”

Rather than traditional bouquets, Anna and Tanarah worked together to incorporate floral designs into each of the bride’s looks in unexpected ways. “It just brings a whole different element to the design, and a whole different feel to a wedding when you think out of the box,” Anna says. 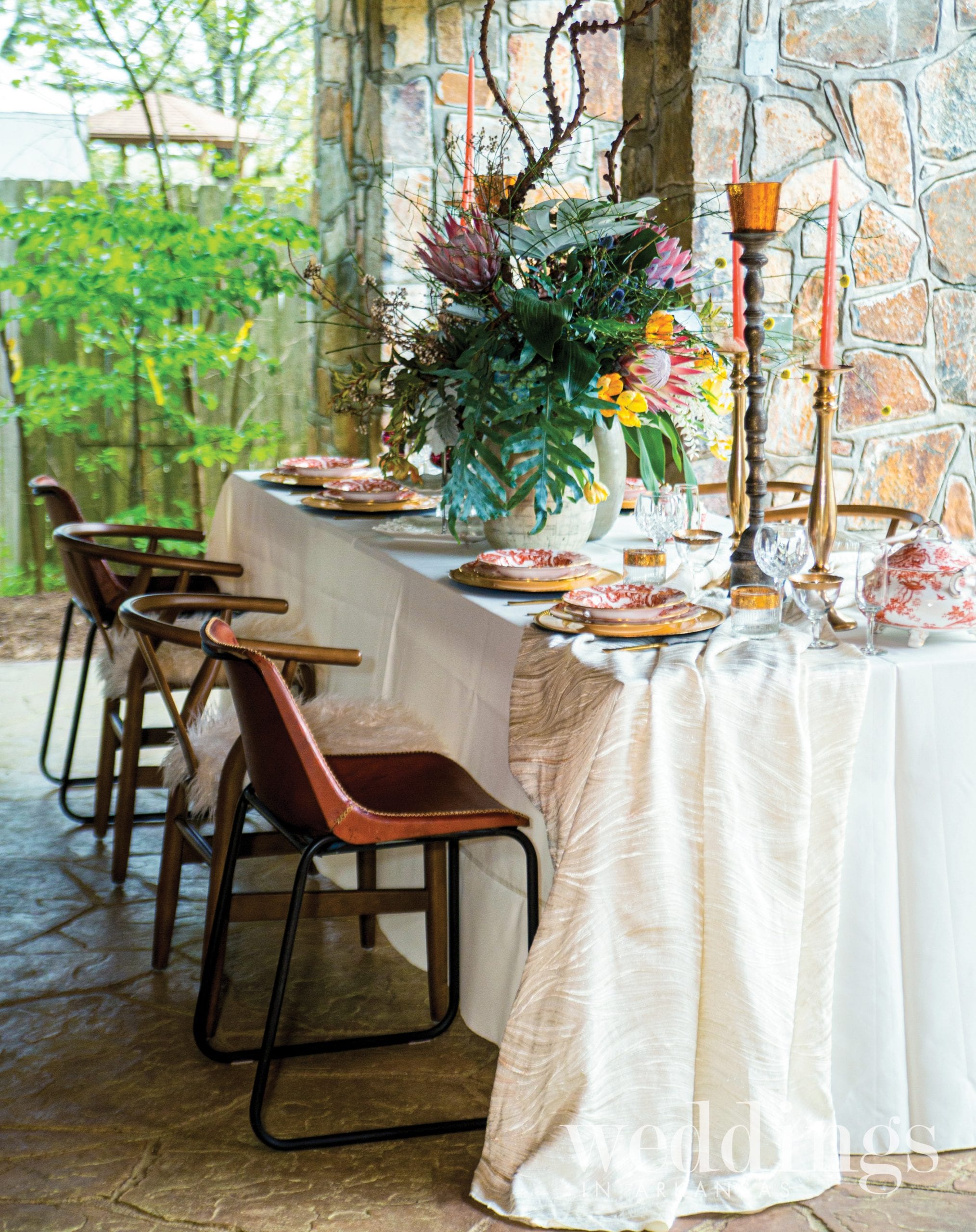 Natural Elements
Anna mixed traditional elements, like her mother-in-law’s china, with more modern pieces to create a tabletop scene that coordinates with the brides’ looks. “The candlesticks have a classic design, but the matte gold brings a more modern flair to it,” she says. Antler-like branches in the floral centerpiece also play into the wildlife theme. 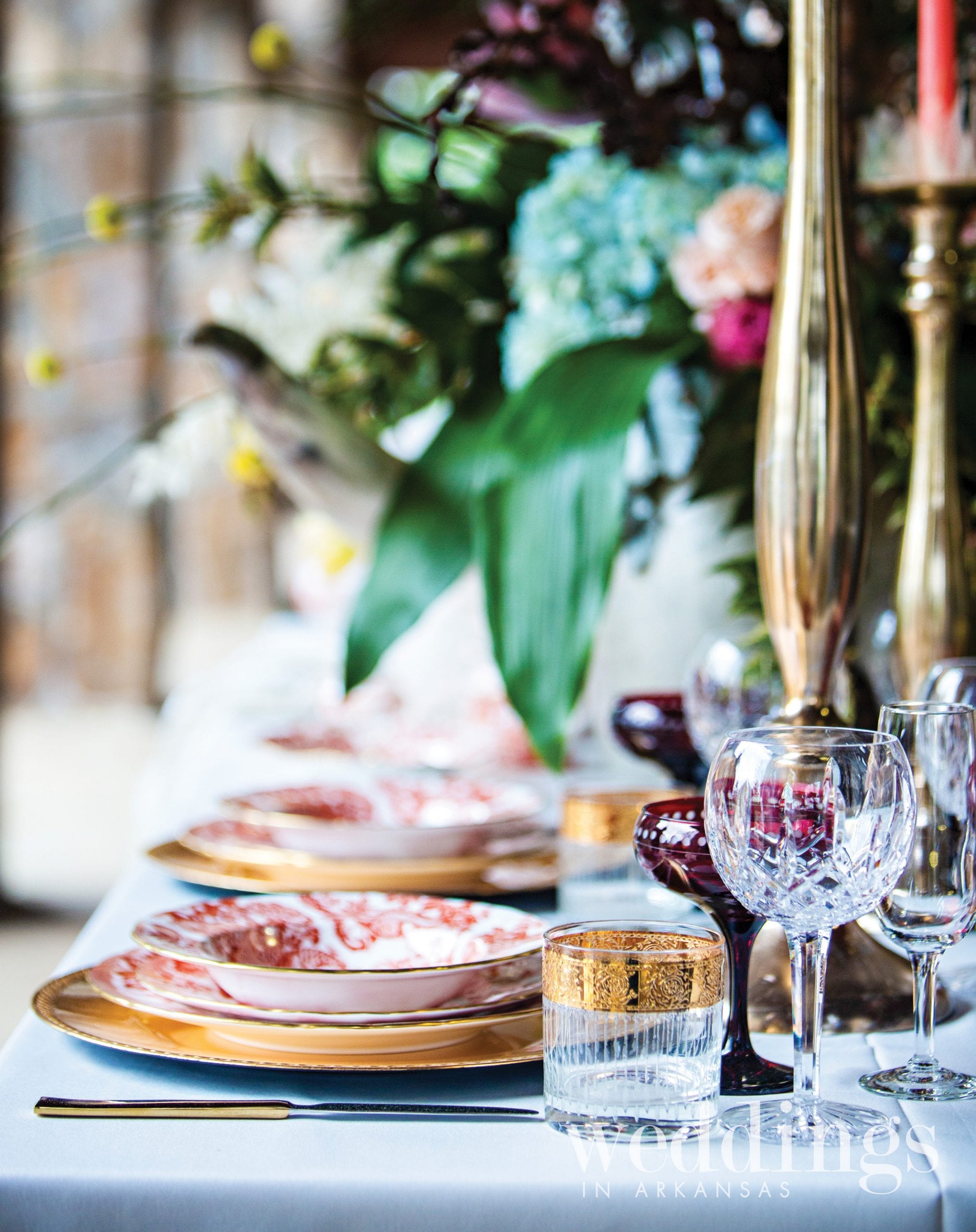 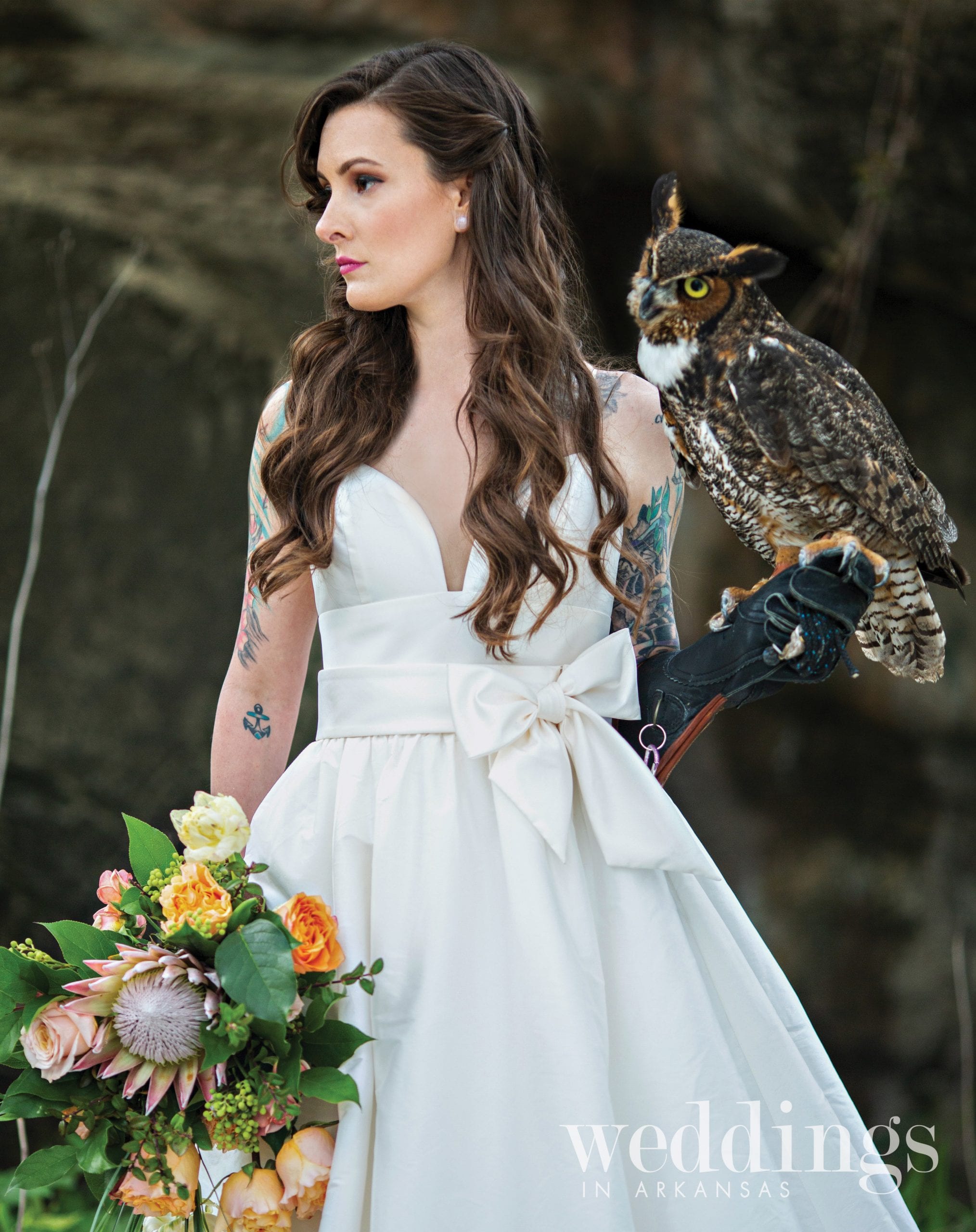 Inspired Style
To determine different looks for the three models, Anna developed a backstory for each of the brides they would be portraying, which influenced everything from the dresses they wore to the details of their hair and makeup. “When you’re planning weddings, you find every girl has a story that explains why she picked this wedding dress or where she’s getting married,” Anna says. “It all makes sense together because it’s all part of her story.” 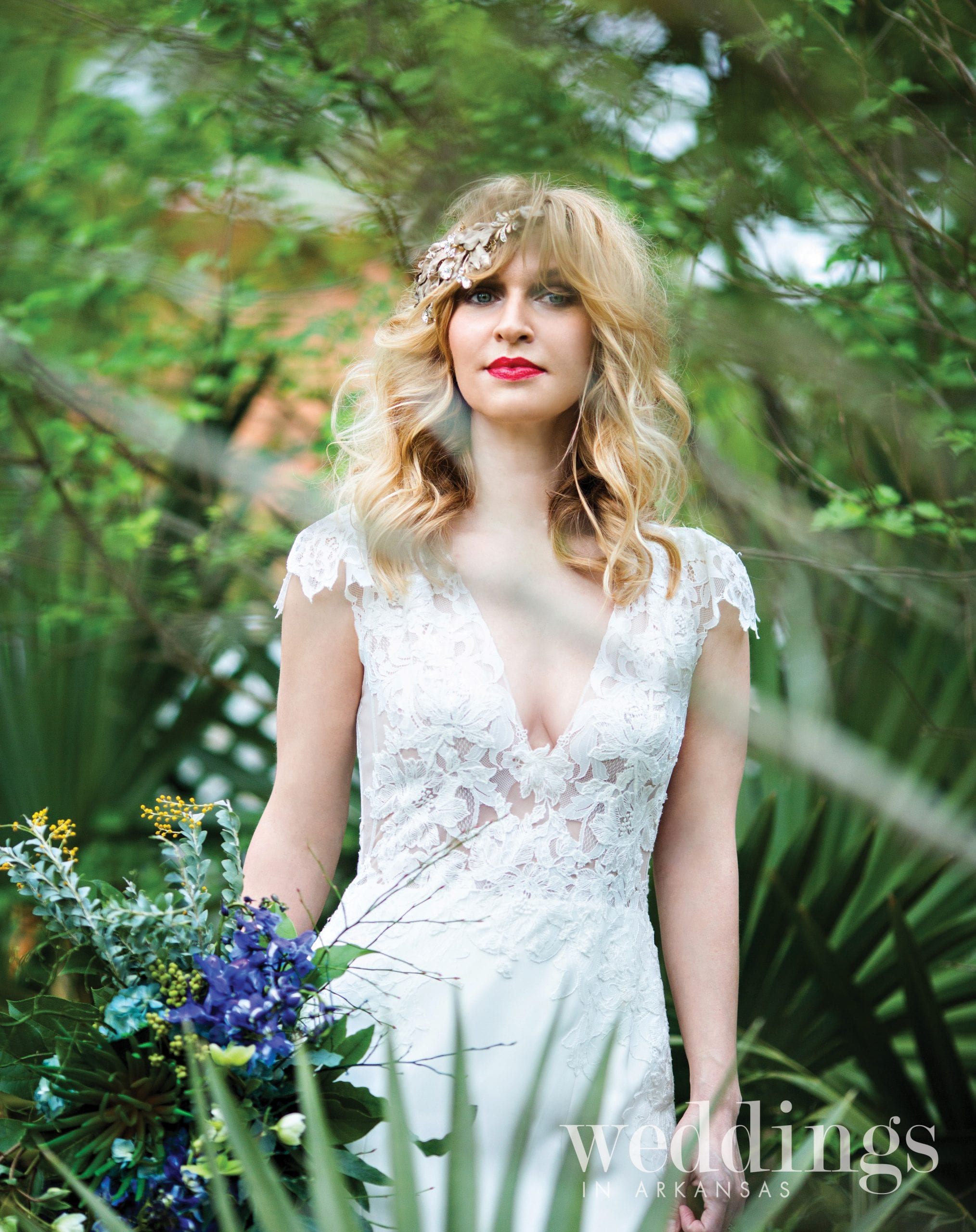 Tousled hair and a bold red lip play off Anna’s idea for this look to represent a spirited, daredevil bride. 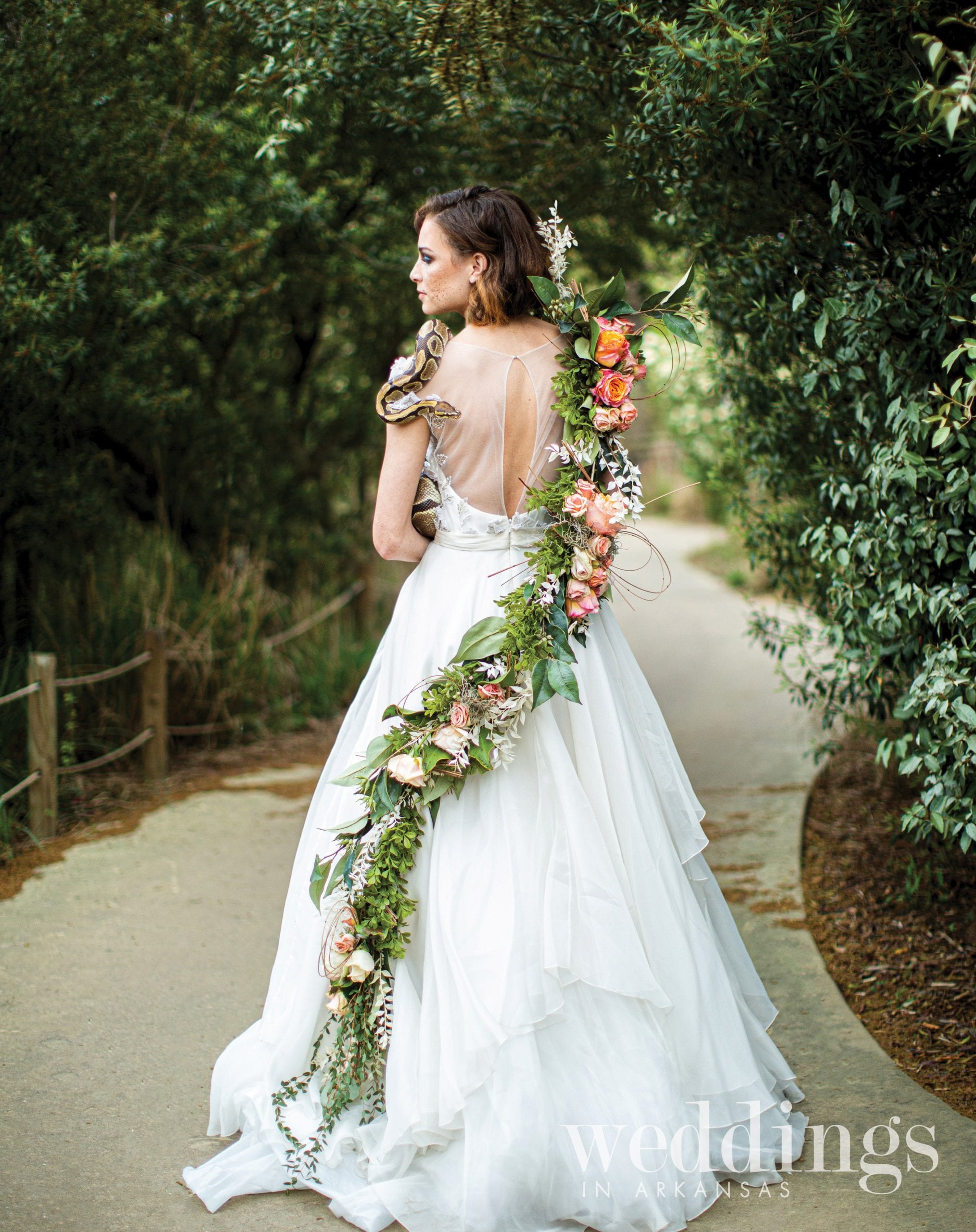 Animal Instinct
“A huge part of this shoot was about wearable art,” Anna says of floral creations carried by and attached to the three models. “We thought, What if a bride is so artsy that she wants to wear her flowers around her shoulders as a shawl or cascading down her back?” Anna says. “We wanted to show people that you can have artistic expression in your wedding design.” Here, a wearable installation on the bride’s right shoulder mimics the serpentine body of the snake seen on her left. 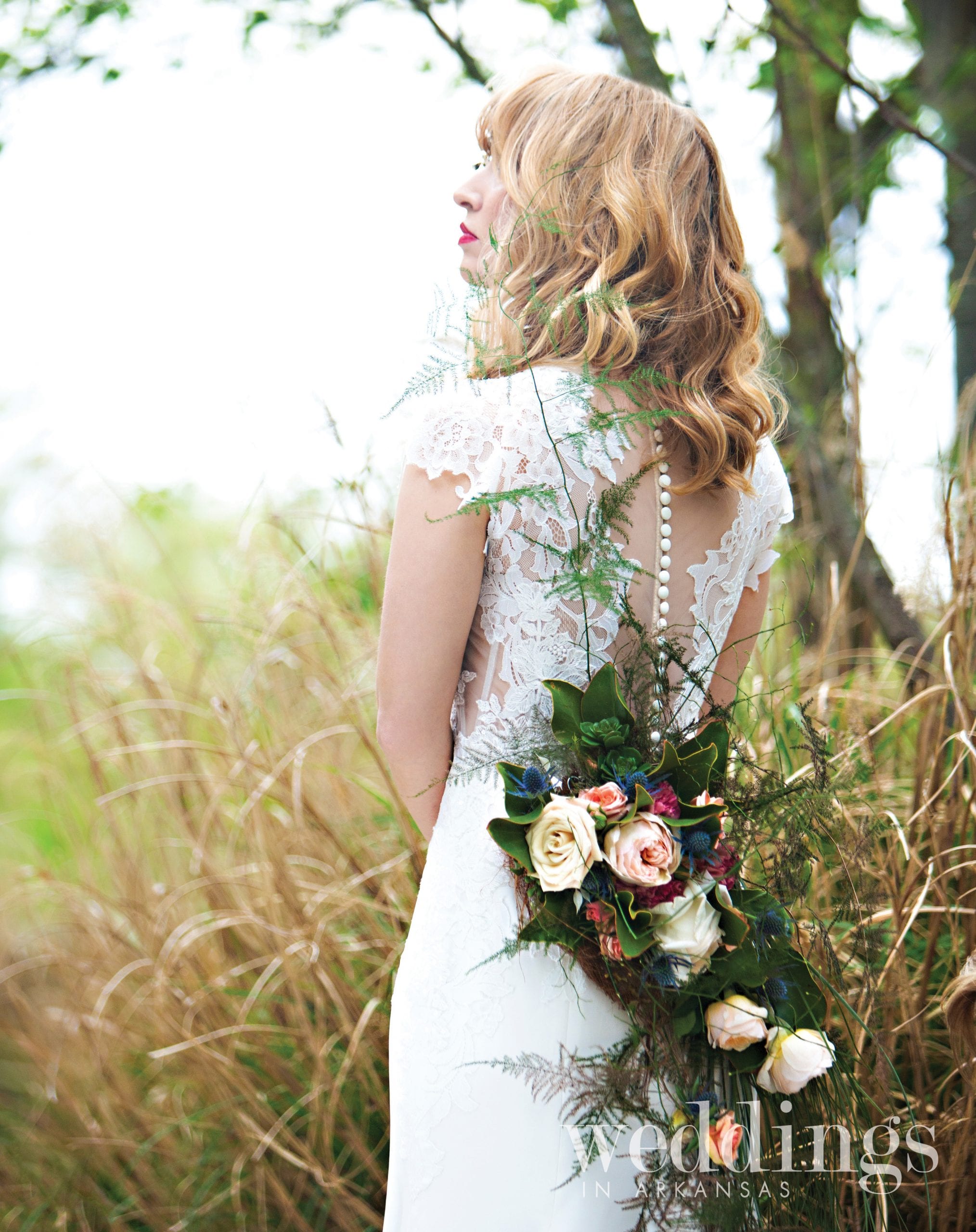