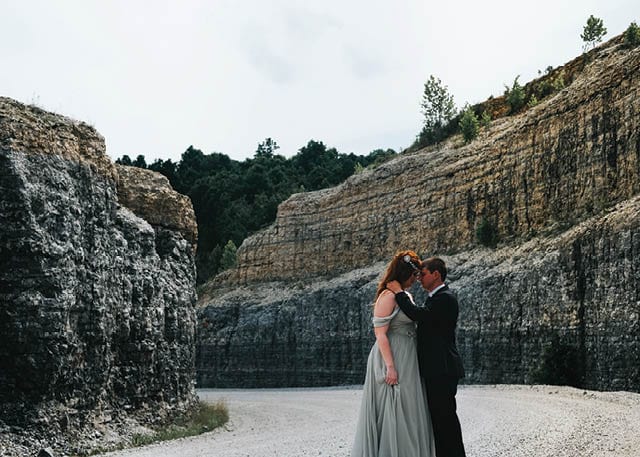 Holiday Meeting
Brooke, who is from Plano, Texas, and Graham, who grew up in Hot Springs, met during their freshman year at the University of Arkansas. A mutual friend invited them both to a Halloween get-together.

An Engagement Abroad
In the summer of 2015, Brooke was studying abroad at Oxford and Cambridge through a program with the University of Arkansas. At the same time, Graham was working at an internship in London. During their time overseas, they took a weekend trip to Brussels, Belgium. During that stay they decided they wanted to become engaged and marry as they left college. They were engaged for close to a year and married just after they received their undergraduate degrees.

Brooke & Graham’s Wedding Day Must-Have
“Hands down, we had to have live music, and Boom Kinetic made the entire evening,” the couple says.

The Perfect Venue
Since the bride’s family is from Texas, the two decided to get married where they met and were living at that time—Northwest Arkansas. “Our phenomenal wedding planner, Amanda Reed, suggested a variety of locations based on our overall wedding ideas, “ Brooke says. “We instantly fell in love with 21c Museum Hotel in Bentonville for the fantastic modern art displays and aesthetic, as well as the delicious food.” 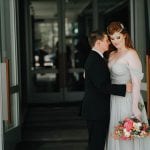 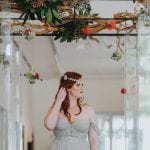 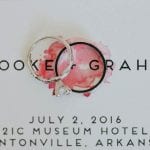 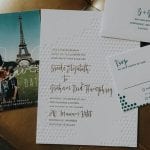 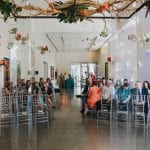 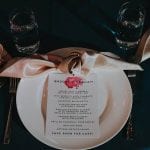 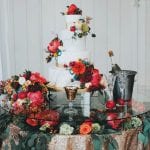 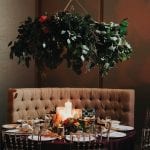 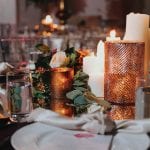 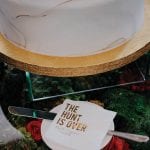 Planning Success
“The wedding would absolutely not have happened without our planner, Amanda Reed of Bates-Reed Brides. She organized everything and provided us with choices she knew we would love. Since we were both finishing our final year as undergraduates, we were super busy,” Brooke says.

Stunning Structure
Brooke and Graham were married under a contemporary four-post acrylic structure that was adorned with branches from which hung teardrop vases filled with vivid flowers and berries.

Favorite Memories of the Day
She Said: “It’s so hard to choose just one! I would have to say a combination of the actual moment we became married, the amazing moments we had with the band, and the after party with close friends and family.”
He Said: “Just being together with friends and family that I do not usually get to see.”

Artful Exit
When it was time to leave the celebration, Brooke and Graham exited through a tunnel of sparklers to the 21c Museum Hotel “art car.” This car, known as Making Change, was a 21c-commissioned artwork by artist Monica Mahoney. It is a Fleetwood Cadillac limousine covered with nickels, dimes, and pennies. The work was inspired by Walmart’s Bentonville origins. Brooke and Graham were lucky enough to drive around town in the car for a bit after making their grand exit.