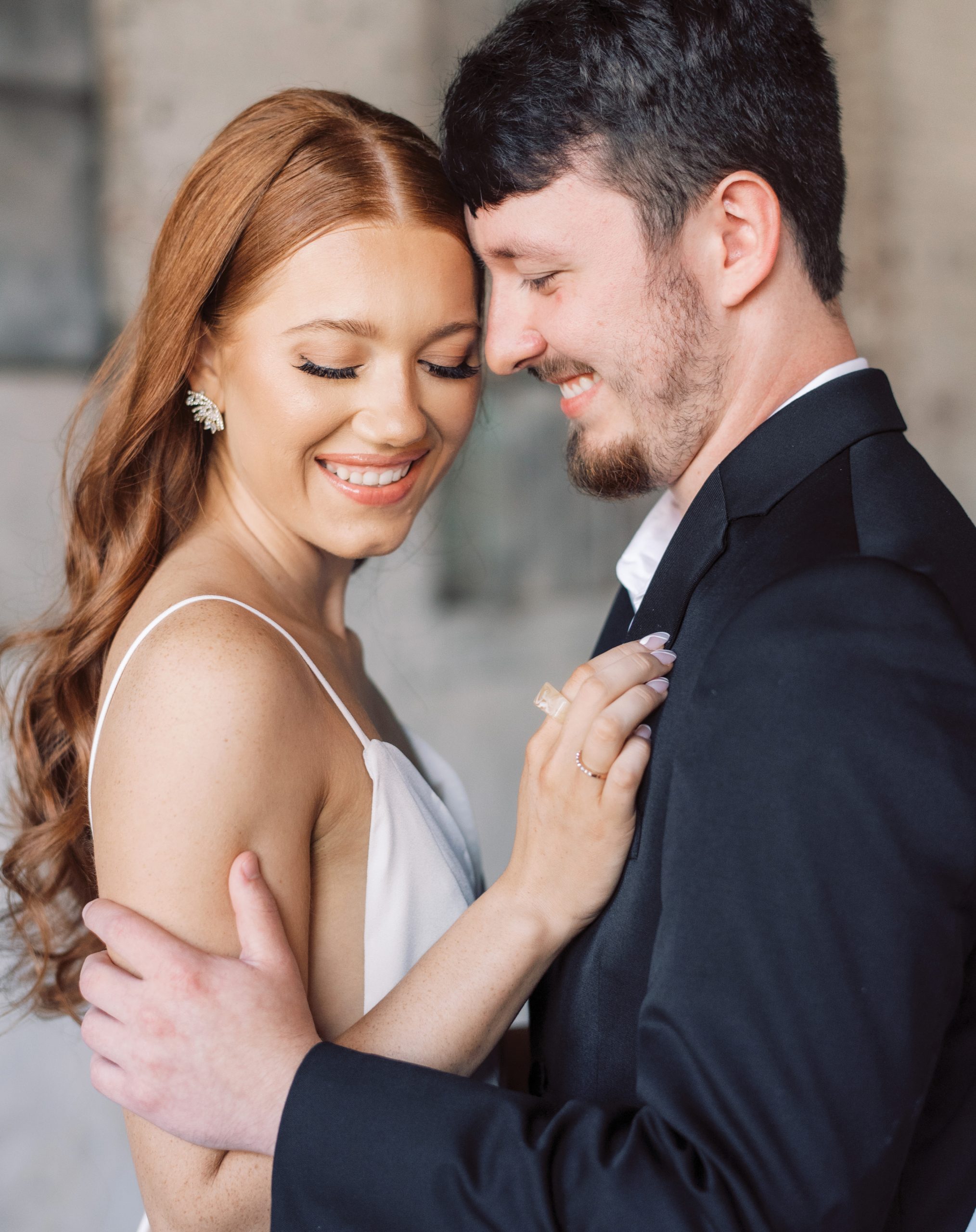 Texarkana natives Bailey Graves and Chevy Brock met through mutual friends one summer, and soon thereafter began an 8-year courtship. When the time came for a proposal, Bailey admits she was more than ready. “I had been wanting him to propose for a while and was always somewhat expecting it whenever we did anything,” she says. Chevy decided a trip to Chicago to celebrate Bailey’s birthday would be the perfect time to pop the question. “About an hour before he proposed, he basically told me that if I continued to ask, he wouldn’t propose because I would ruin the surprise. And then, on a walk around the city, he got down on one knee and all I could say was, Are you serious?”

Inspired by a terracotta color Bailey had loved for years, the two chose an October 2020 date when nature’s hues would complement the palette. However, with COVID restrictions in place at the time, they opted to push the ceremony a year, ultimately exchanging vows in 2021. As for the venue, Chevy found The Brick Ballroom and the pair fell for its “exposed brick, open ceilings, and historical feel,” Bailey says. “It also used to be a Chevy dealership, which is ironic,” she adds.

With all the plans set, Bailey and Chevy exchanged vows they wrote themselves in the company of 200 guests. “Both of us ended up writing them the day of the wedding, of course, and it turned out to be somewhat of a competition,” Chevy says with a laugh. Both he and Bailey say this was their favorite and the most meaningful part of the day. “Chevy was crying, I was crying, our family was crying,” Bailey recalls. “His words were beautiful and so full of love.” “Regardless of who wrote the better vows, we were both able to articulate what the other meant to us, and we both ended up winning in the end,” Chevy says. 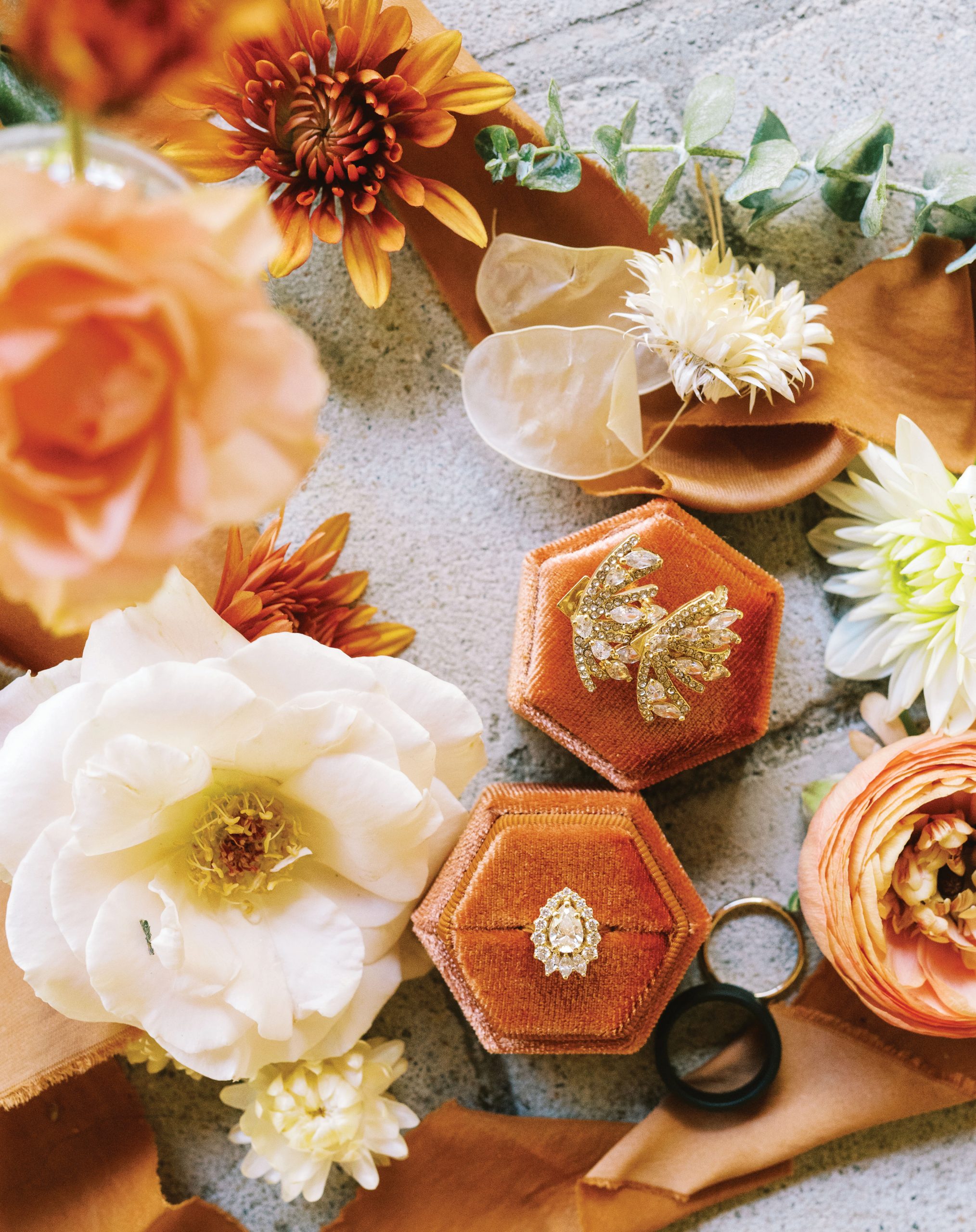 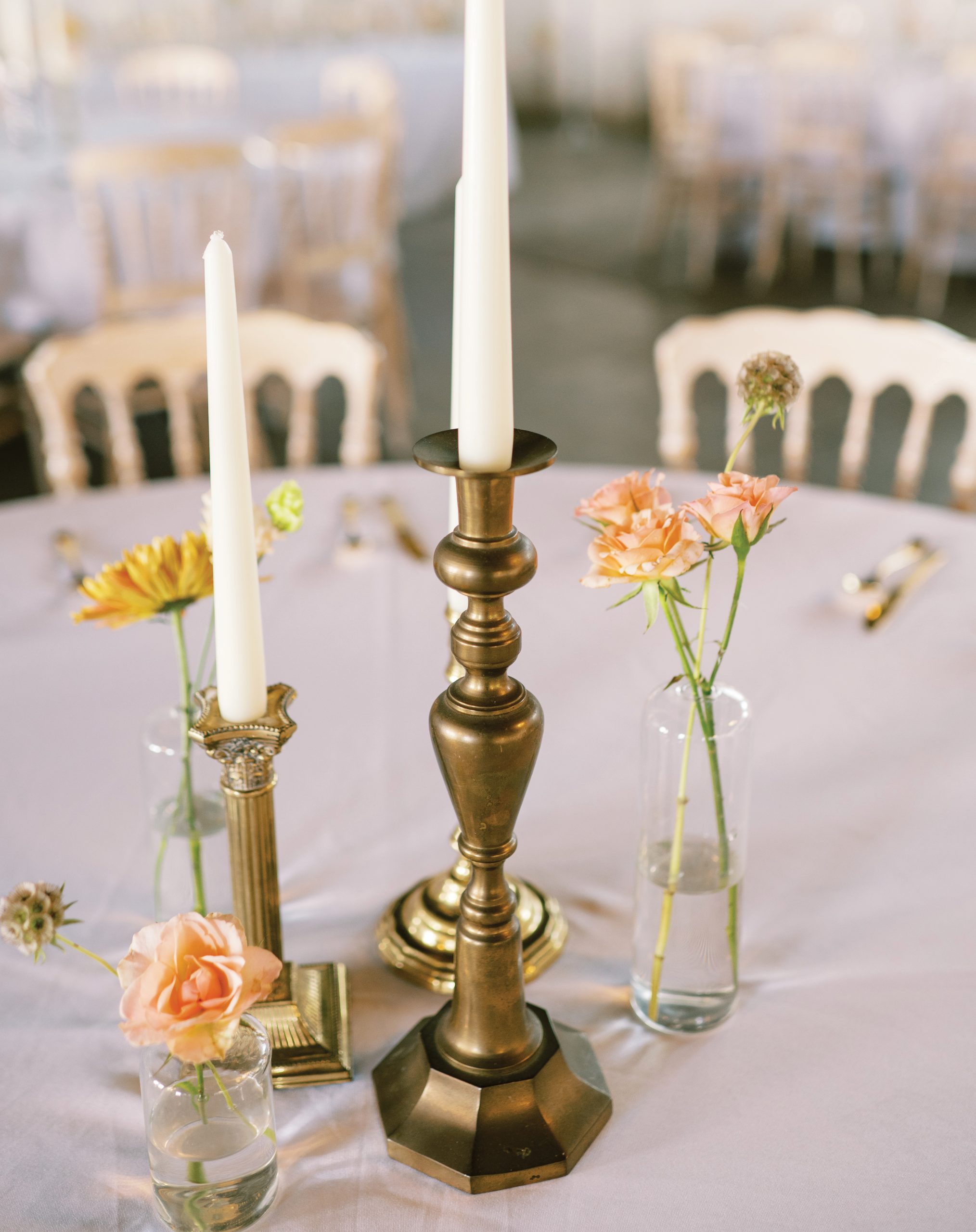 Golden touch
With the help of their families, the couple found more than 80 candlesticks at thrift stores. They used them throughout the wedding day décor. 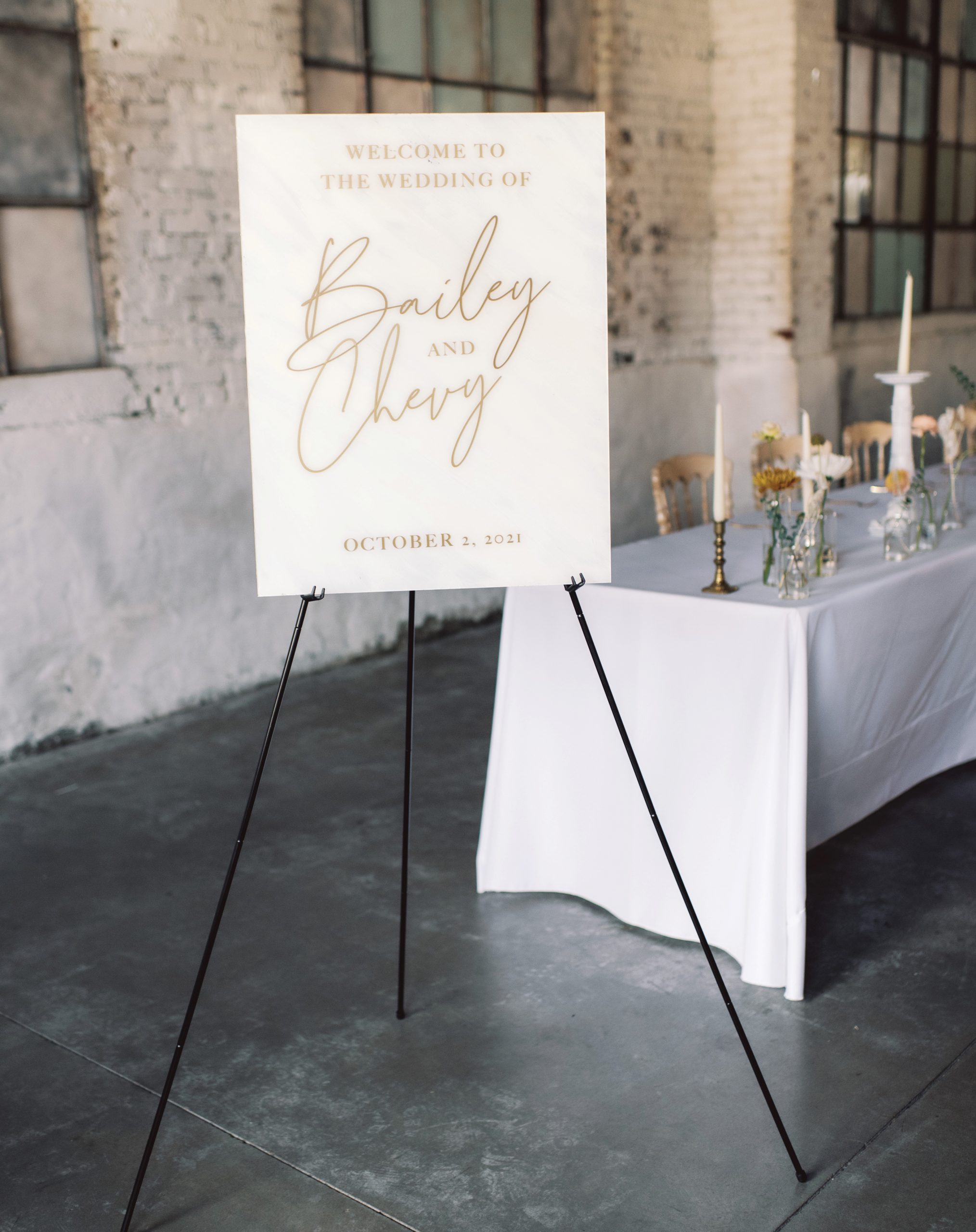 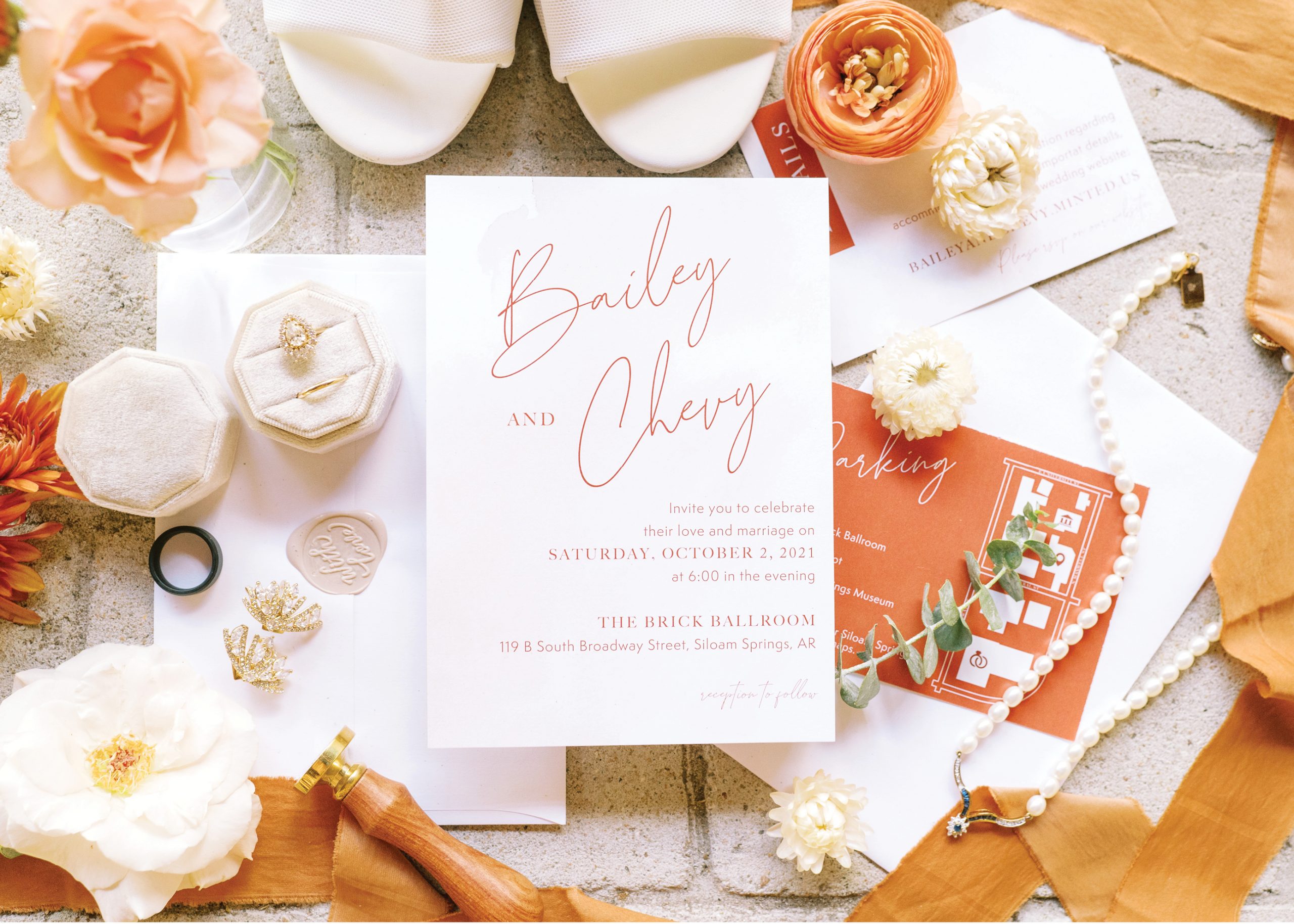 Bohemian-inspired florals  from Stems by Em carried the palette of terracotta and cream throughout the celebration. 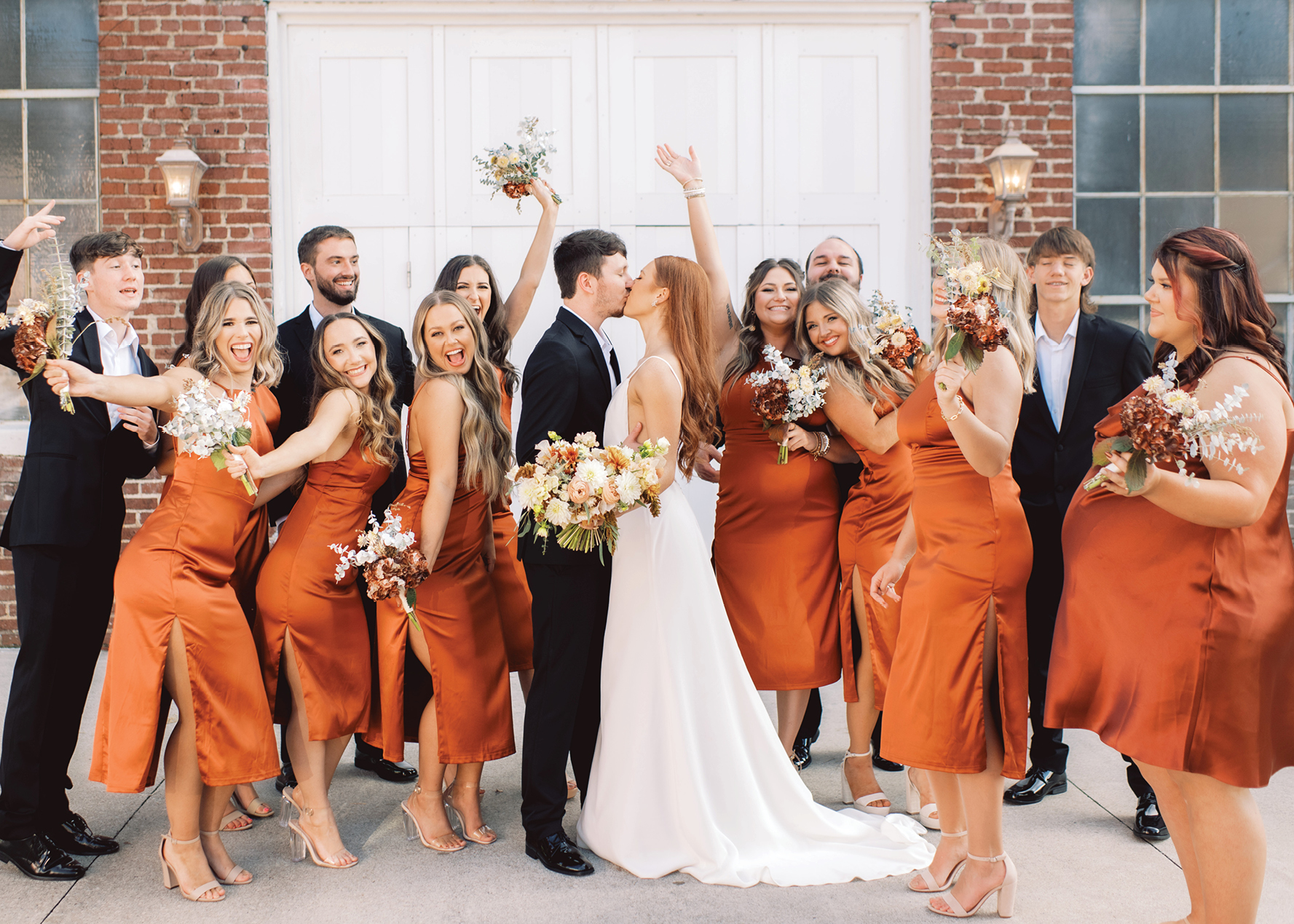 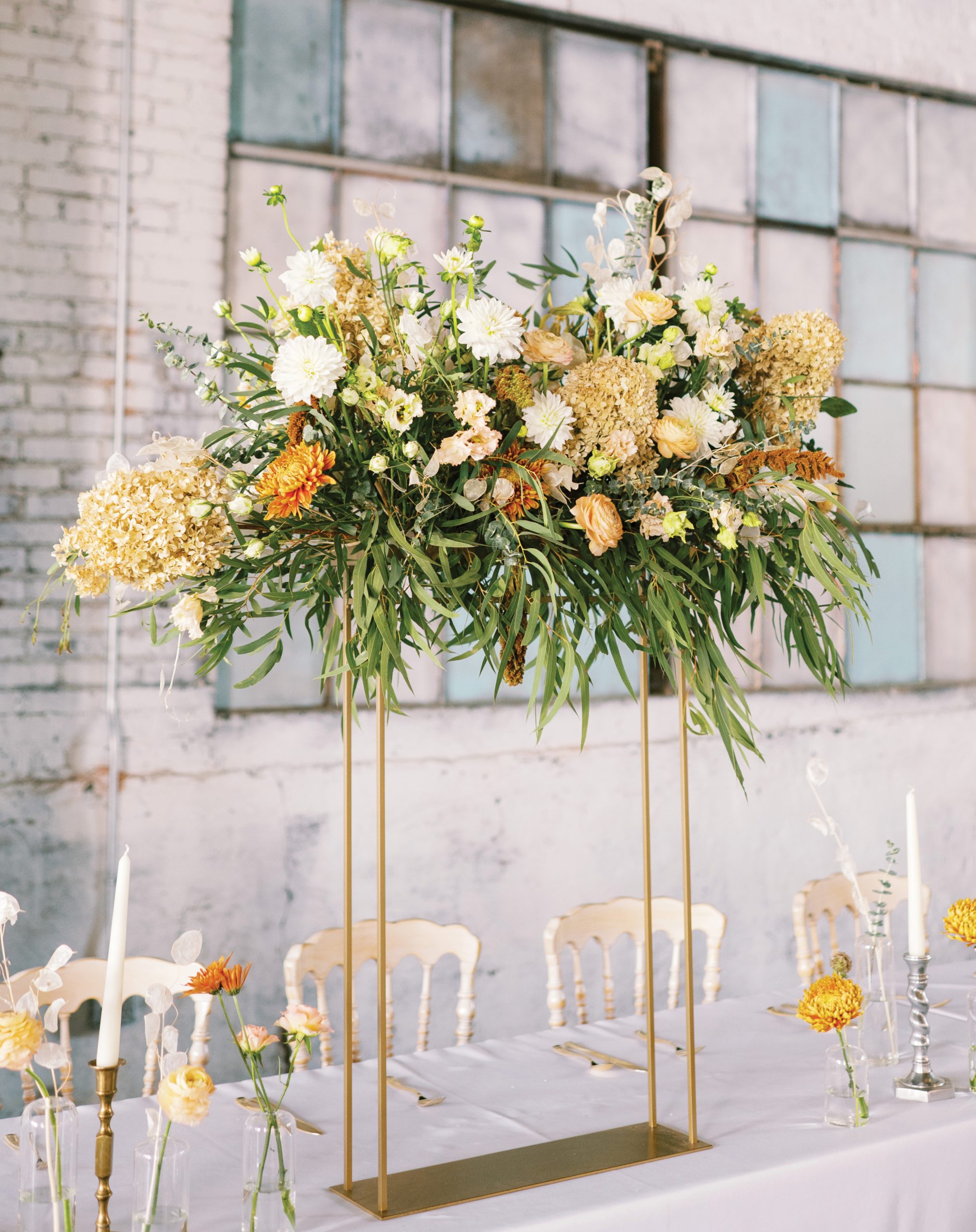 “Always make decisions as a couple. While Chevy didn’t have opinions on everything, his validation of my ideas made the day feel and look like what we were both envisioning.” 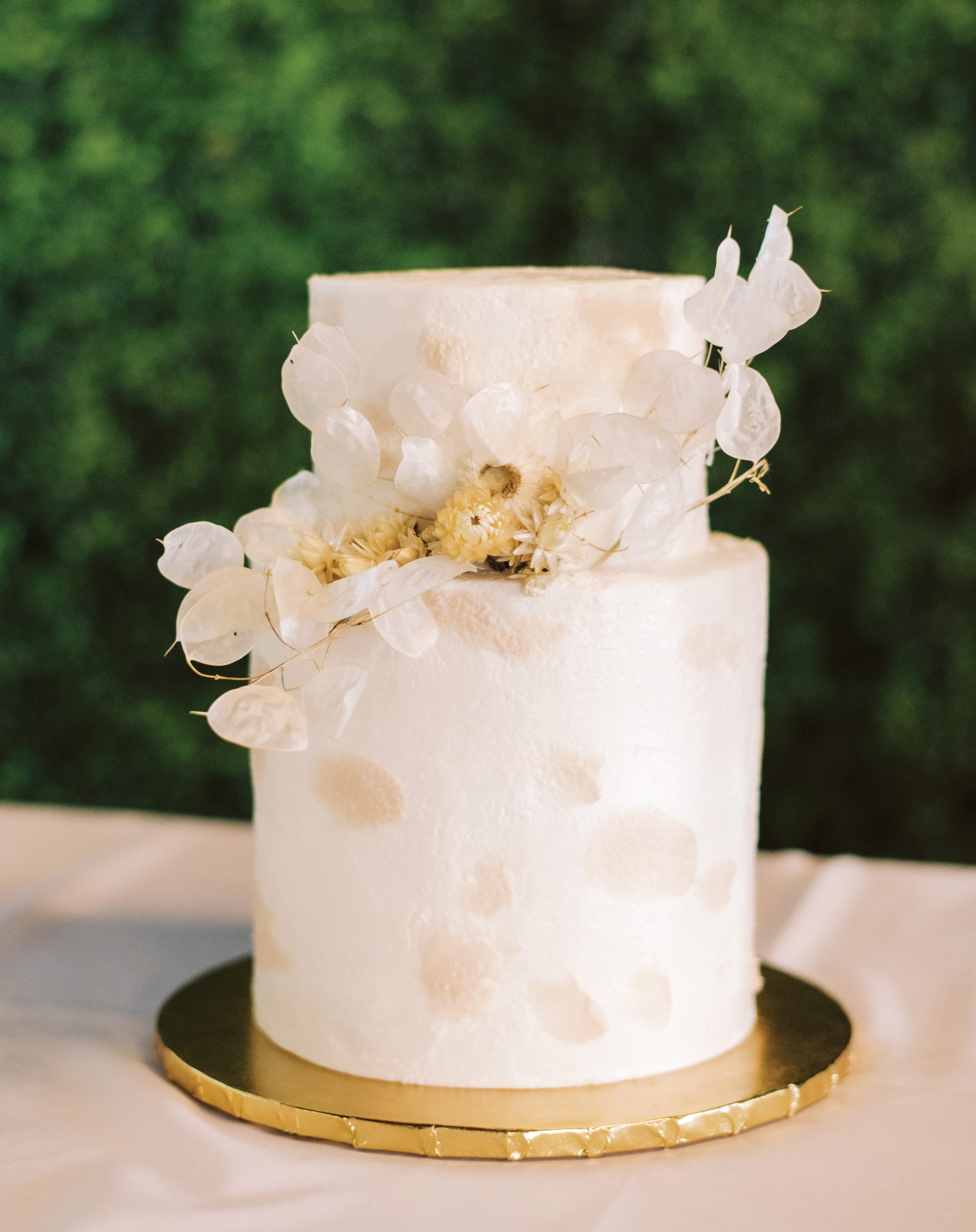 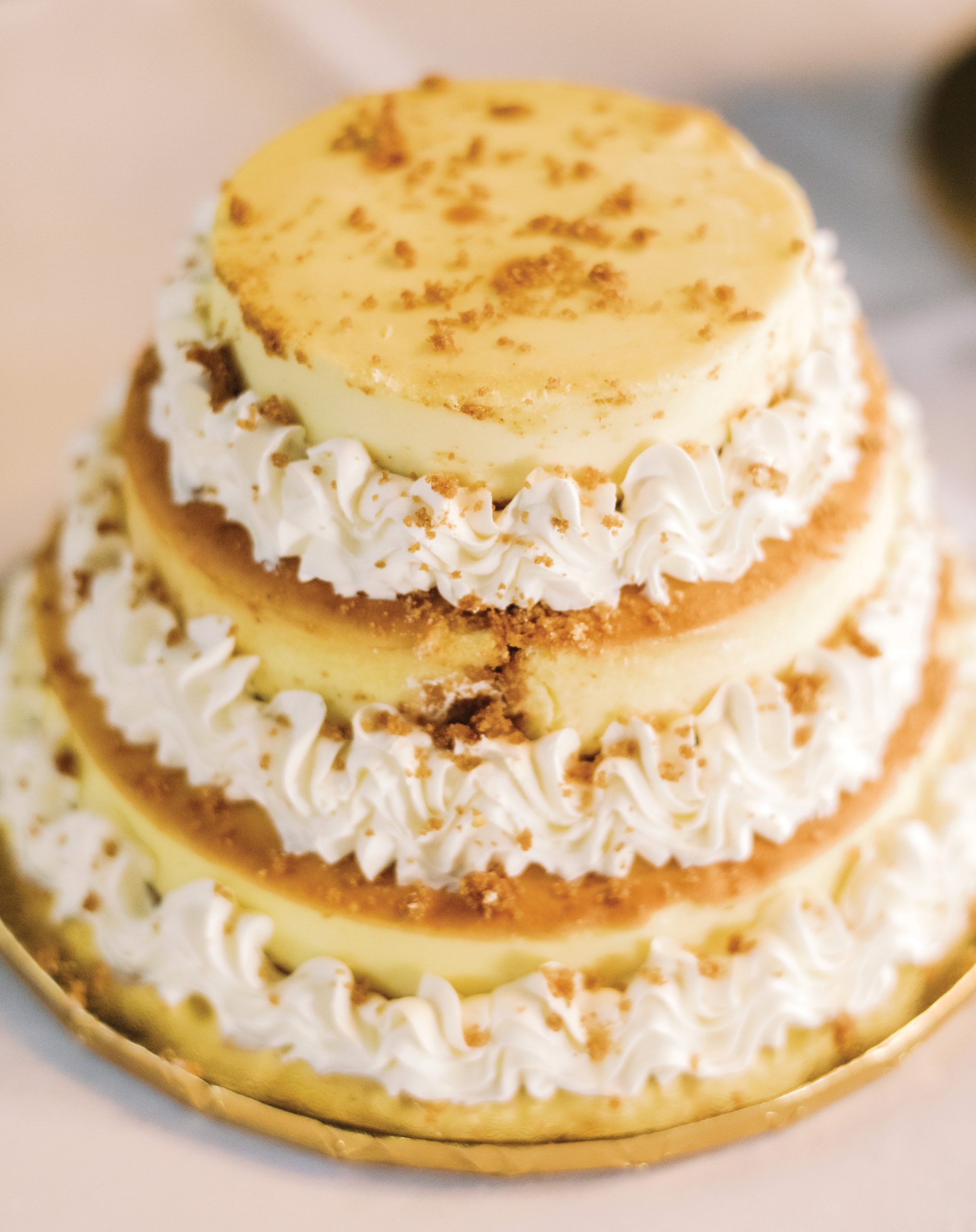 A three-tiered cheesecake was served as the groom’s cake. 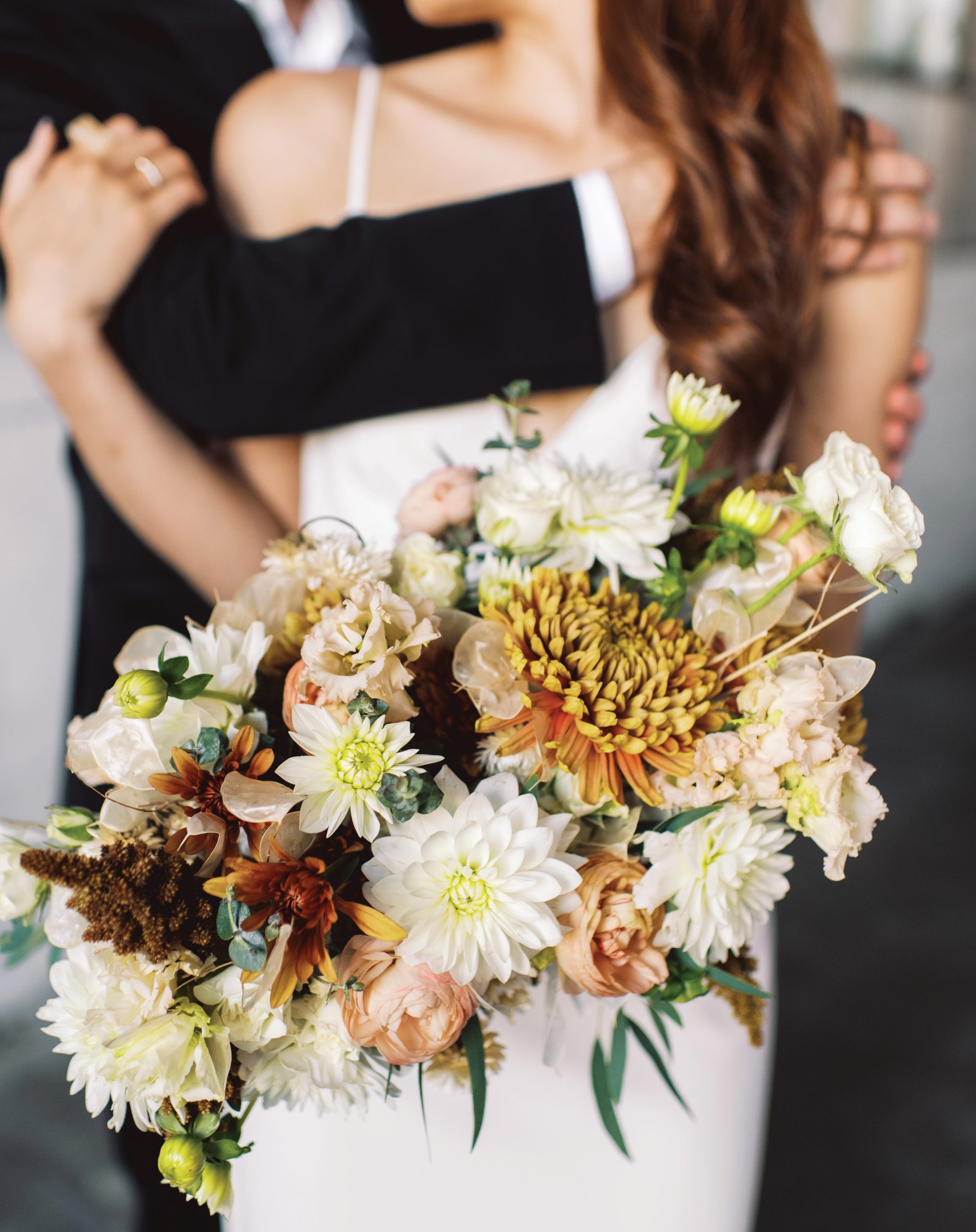 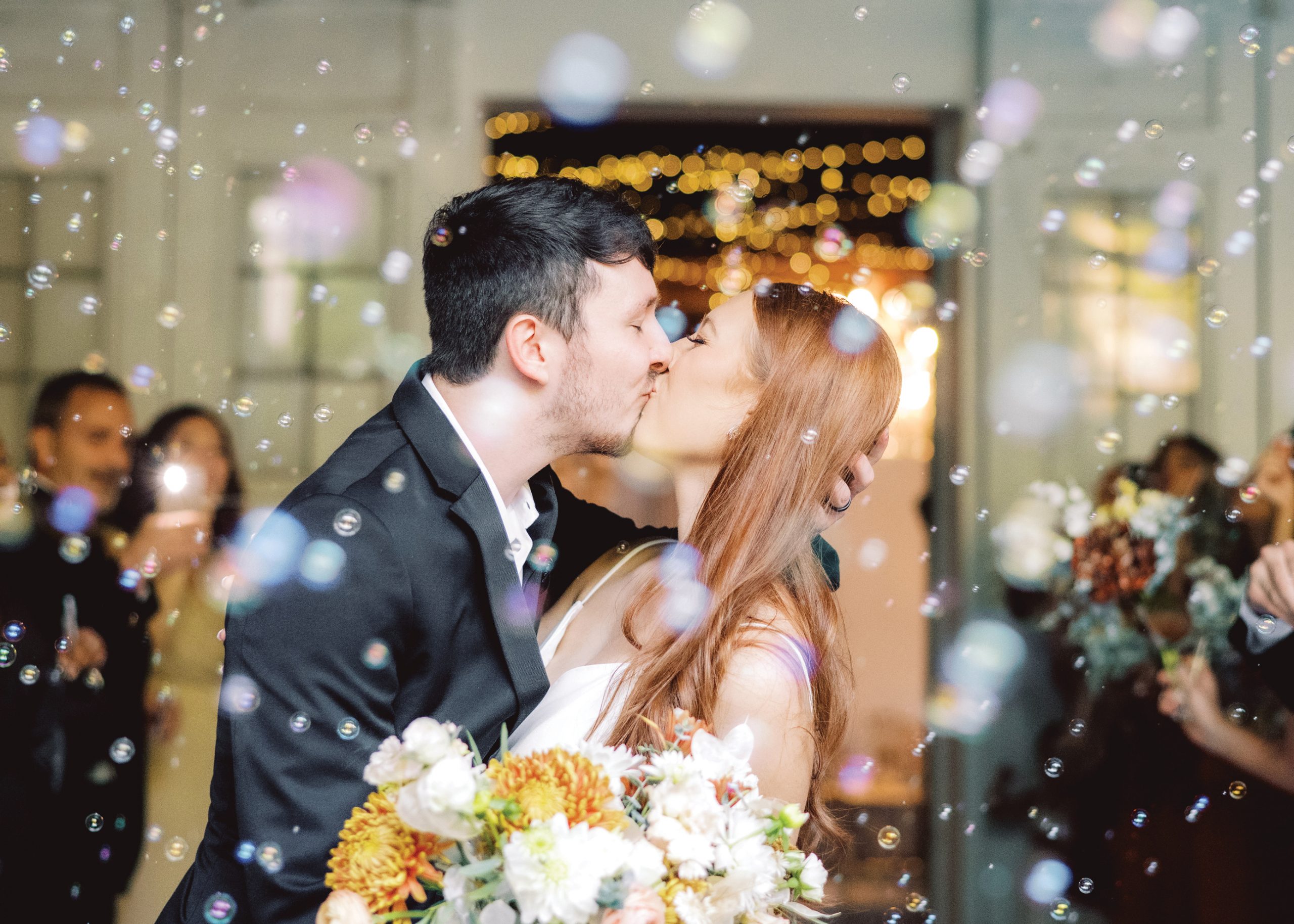 The couple exited their ceremony in a cloud of bubbles created by their friends and family.