Texarkana natives Bailey Graves and Chevy Brock met through mutual friends one summer, and soon thereafter began an 8-year courtship. When the time came for a proposal, Bailey admits she was more than ready. “I had been wanting him to propose for a while and was always somewhat expecting it whenever we did anything,” she says. Chevy decided a trip to Chicago to celebrate Bailey’s birthday would be the perfect time to pop the question. “About an hour before he proposed, he basically told me that if I continued to ask, he wouldn’t propose because I would ruin the surprise. And then, on a walk around the city, he got down on one knee and all I could say was, Are you serious?” …

END_OF_DOCUMENT_TOKEN_TO_BE_REPLACED 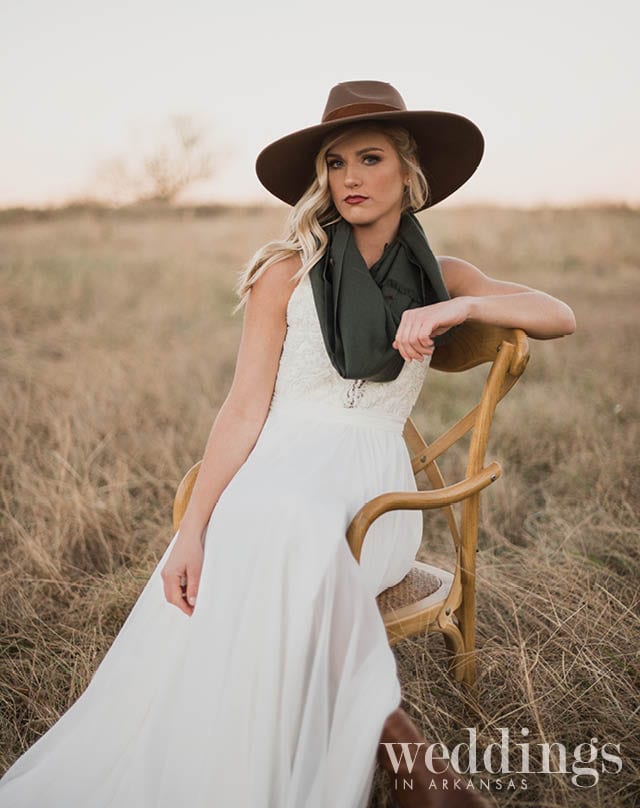 When photographer Olivia Fryer was looking for a venue for this styled shoot in Northwest Arkansas, it didn’t take her long to land on a location. “Osage House is being built on this really gorgeous property that is pretty vast and private,” Olivia says. “It’s such a great example of how beautiful the outdoors are in Arkansas.” The 54-acre property in Cave Springs is home to a chapel, reception hall, and covered outdoor area, all of which are set to open this summer.