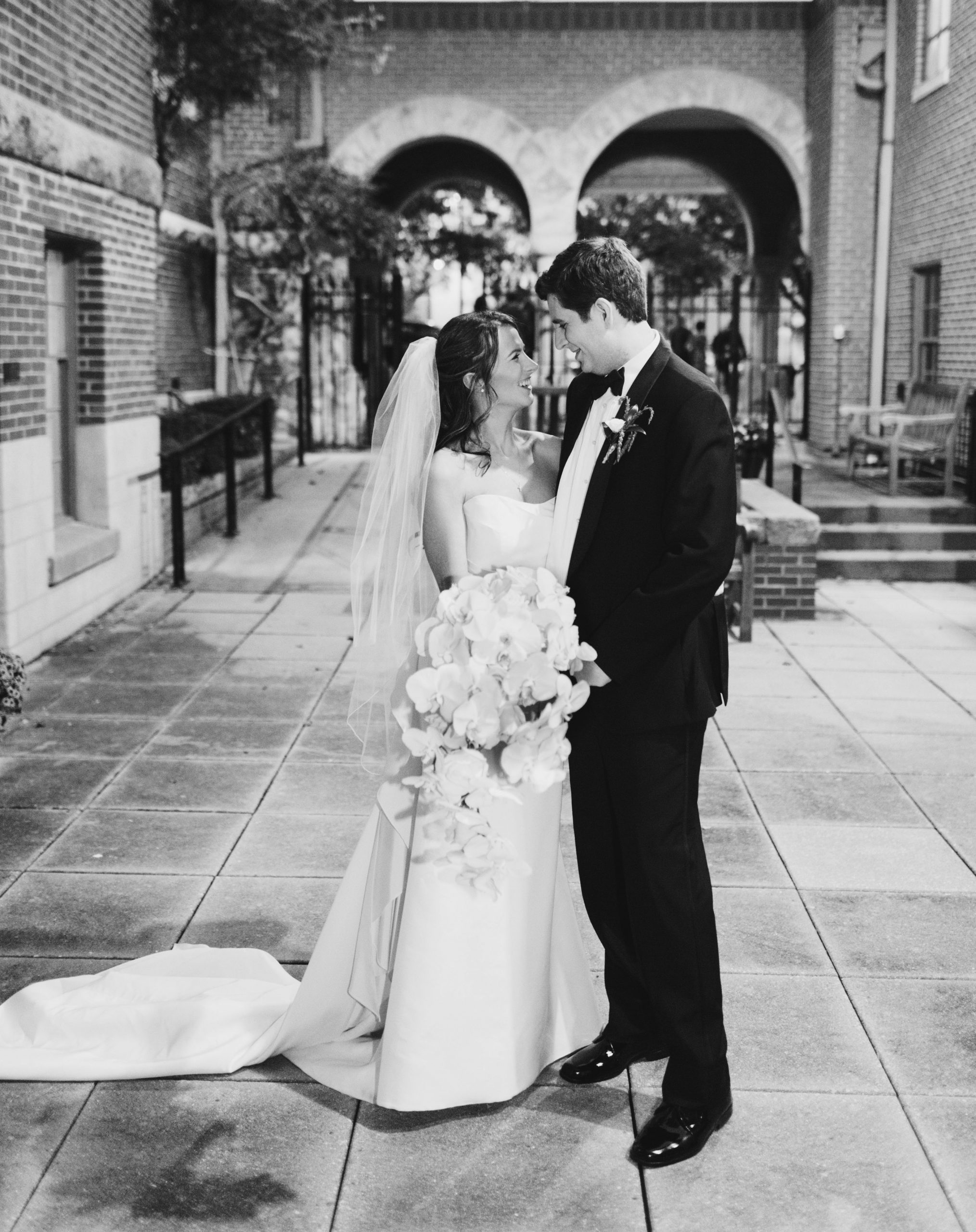 Natalie Byrd and Hayden Hurst became an inseparable pair after meeting at a mutual friend’s house before a Razorbacks game. The couple, who are both Little Rock natives, dated for three years before Hayden popped the question in their hometown. “We were living in New York City at the time, and Hayden knew it was important to have both of our families around us for the proposal,” Natalie says. She thought it was strange he wanted the two of them to exchange their personal gifts while back in Little Rock for the holidays, but she went along with the idea and was pleasantly surprised when his last gift to her was an engagement ring. A celebration dinner with their families followed and planning for the big day began.