Fort Smith native Megan Cowne met her now-husband, Hayden Cherry, who is from Midland, Texas, while the two were students at Texas Christian University. After graduation, they moved to Dallas and purchased a home there, which later became the site of their engagement. “Hayden wanted to make sure the proposal was special. With the help of friends, he pulled off a complete surprise,” Megan says. Hayden told Megan he was headed out of town for the weekend, and Megan planned to grab dinner with friends. On the way to dinner, one of her friends asked if they could run by Megan’s house to get something she’d left there. While the girls were inside, Hayden rang the doorbell and got down on one knee. A photographer captured the entire scene, and the two then celebrated with loved ones at their favorite rooftop restaurant. “It was worth the w8—pun intended!” Megan says of the surprise after eight years dating. After deciding on Crystal Bridges Museum of American Art as their venue, the couple opted for a fall wedding where they could take advantage of the beautiful grounds. “We love Crystal Bridges and thought it would be the perfect setting for a sophisticated yet classic affair,” Megan says. “We wanted our guests to be able to enjoy this great corner of the Natural State.” The pair also wanted a “rocking band, open bar, and good food” to celebrate the occasion. Guests at the seated dinner enjoyed a delightful trio of appetizers followed by a meal of beef tenderloin and, finally, their choice of flavors from the five-tier cake which included vanilla, chocolate, hummingbird, and butter almond with strawberry mousse layers. Now at home in Texas, the Cherrys are planning a delayed safari honeymoon to Kenya and Tanzania later this year. All in the Details
Megan drew inspiration for the floral design from her love of chinoiserie, accenting white blooms with blue-and-white accessories. The bride’s bouquet was filled with cascading orchids, her favorite flowers. Hayden proposed with Megan’s late grandmother’s engagement ring, and for the ceremony she wore the pearl earrings he had given her on her college graduation. Modern Meets Southern
In an effort to blend the museum’s contemporary architecture with Southern details, the couple chose the Frank Lloyd Wright Bachman-Wilson House lawn for their vows, then moved indoors for the reception. Timeless white and green floral arrangements were a natural choice, allowing the beauty of the setting to be the focus. Our ceremony was my favorite memory of the day. It felt so special to make a covenant to each other in front of our loved ones. And after that, I loved dancing on stage with the band!” —Megan 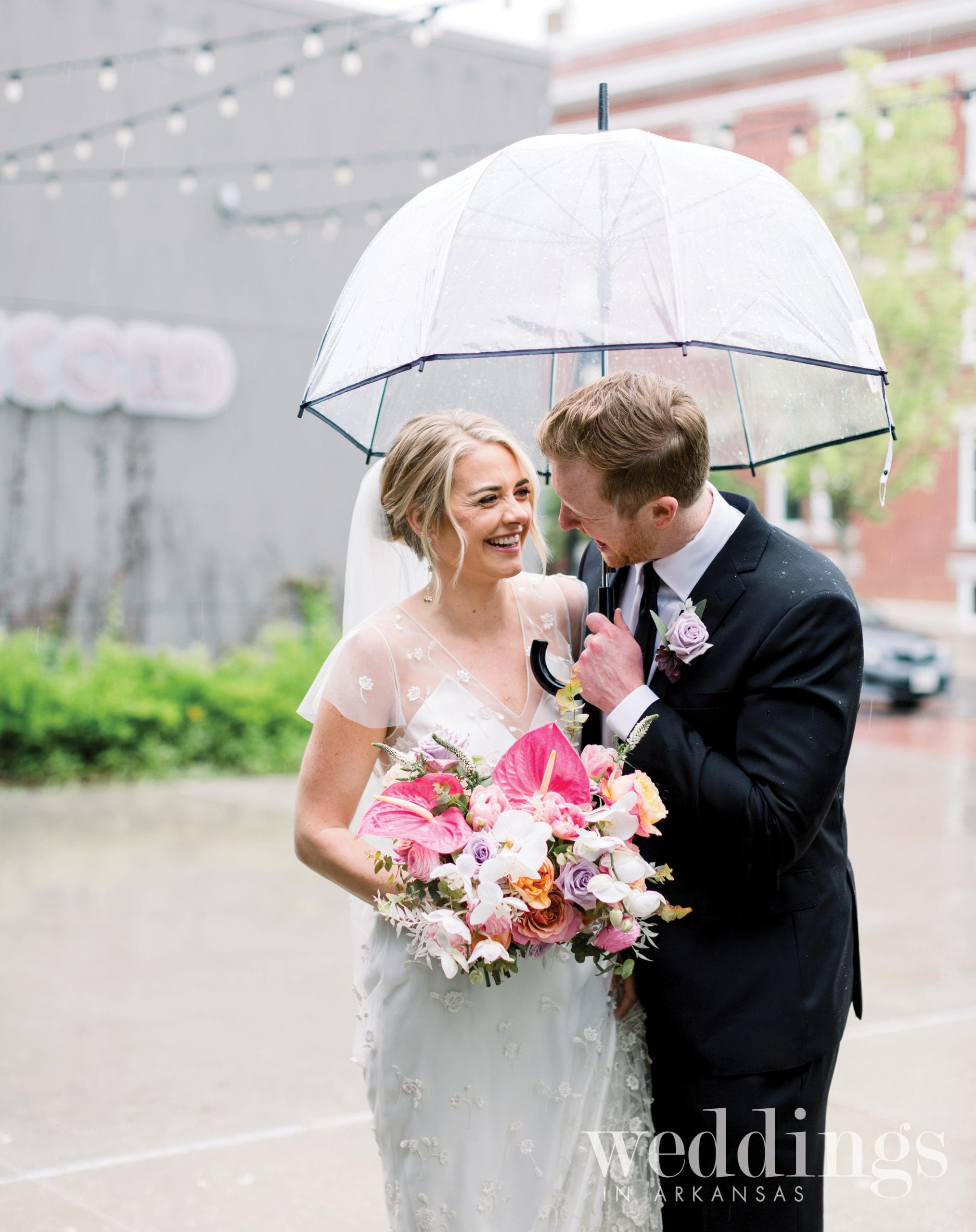 Brittany Bial and Tim Kane were living in Portland, Oregon, when a chance meeting over margaritas at a neighborhood Mexican restaurant brought them together. The pair dated for more than two years, during which time Tim’s job moved him to Chicago. He planned a trip back to Portland for Brittany’s birthday. While there, he took her to Bridal Veil Falls where he popped the question.